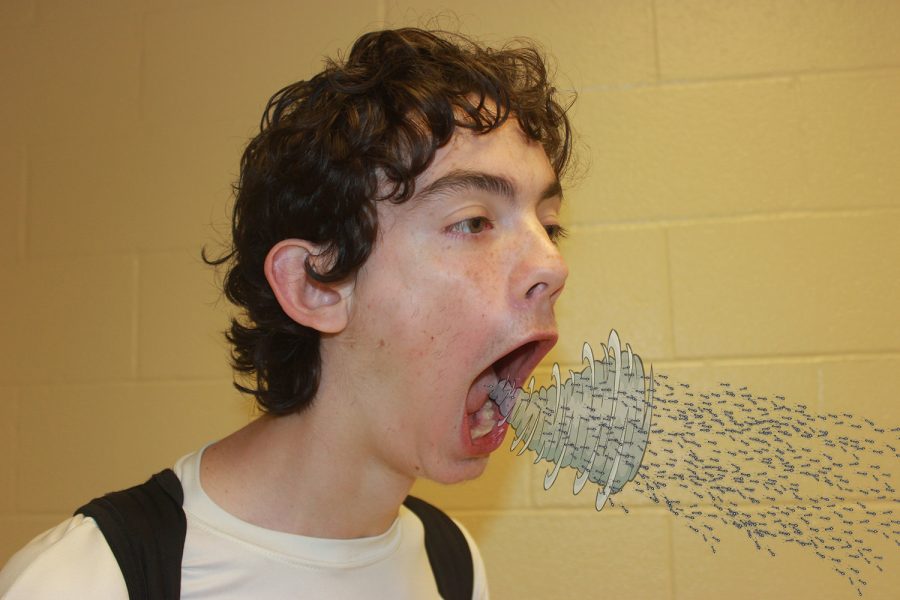 Ants are at Knoch. No, I don’t mean the ones that come to your birthday party only to pound White Claws. I mean those little crawlers that can lift up to 20 times their body weight, live like a hive mind, and have their skeleton on the outside.

We’re well into spring, so it’s not totally crazy to see ants around. However, it seems that the sheer quantity of ants we’ve seen have been staggering.

Mr. Tristani has had to put ant traps in countless rooms already. The most famous incident of ant infestation is by far Mr. Goldinger’s room.

Mr. Goldinger had been dealing with ant problems for what seemed like a while. At one point, there was a continuous line of them leading from one side of the room to the other. But this ant tripwire wasn’t just a conga line. There were also bits of concrete dust by the wall on one side of the line. It seems that the ants were eating through the wall or floor to keep moving!

Junior Logan McAnallen has harrowing stories about the ants in Mr. Goldinger’s room.

“Well I was chillin in first period, when I saw ants on my leg. I killed them all then looked at the ground, to reveal an army of these little dudes,” said McAnallen.

Luckily McAnallen did not claim to have any injuries from the encounter.

A small army of ants crawling up your leg sounds terrifying, but this wasn’t McAnallen’s first rodeo. When it comes to dealing with insects, few have more experience.

“One time I ate a spider in first grade,” said McAnallen.

Unfortunately we don’t have a spider problem, because if we did, he could eat them all. McAnallen is also open to the idea of eating some ants, but with the ant traps it would prove to be unnecessary.

Why does the school have all of these ants? It seems strange that they just pop up out of nowhere, in any room in the building. If they aren’t crawling under doors or through windows, how 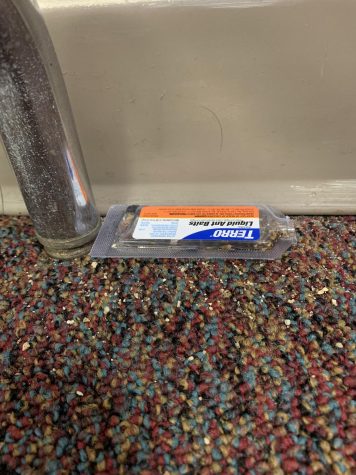 are they invading Mr. Goldinger’s class?

“Anytime someone drops some food or a crumb on the floor, they pop right up,” said Tristani.

With this explanation, it’s possible that the ants could pop up anywhere in the school, not just Mr. Goldinger’s room.

Personally, I have seen ants appearing around crumbs, specifically by the trash can in the boys gym locker room. There was a Cheeto on the floor, and surrounding the Cheeto was a thick line of ants that stayed until the Cheeto was gone.

So what should you do if you see any ants in your class? Tell Mr. Tristani so he can set up some ant traps, then make sure there are no crumbs on the ground. The best way to prevent any ants from popping up is making sure no food stays on the ground and classrooms are clean. But if worst comes to worst, Logan McAnallen will always entertain the idea of a fancy feast.