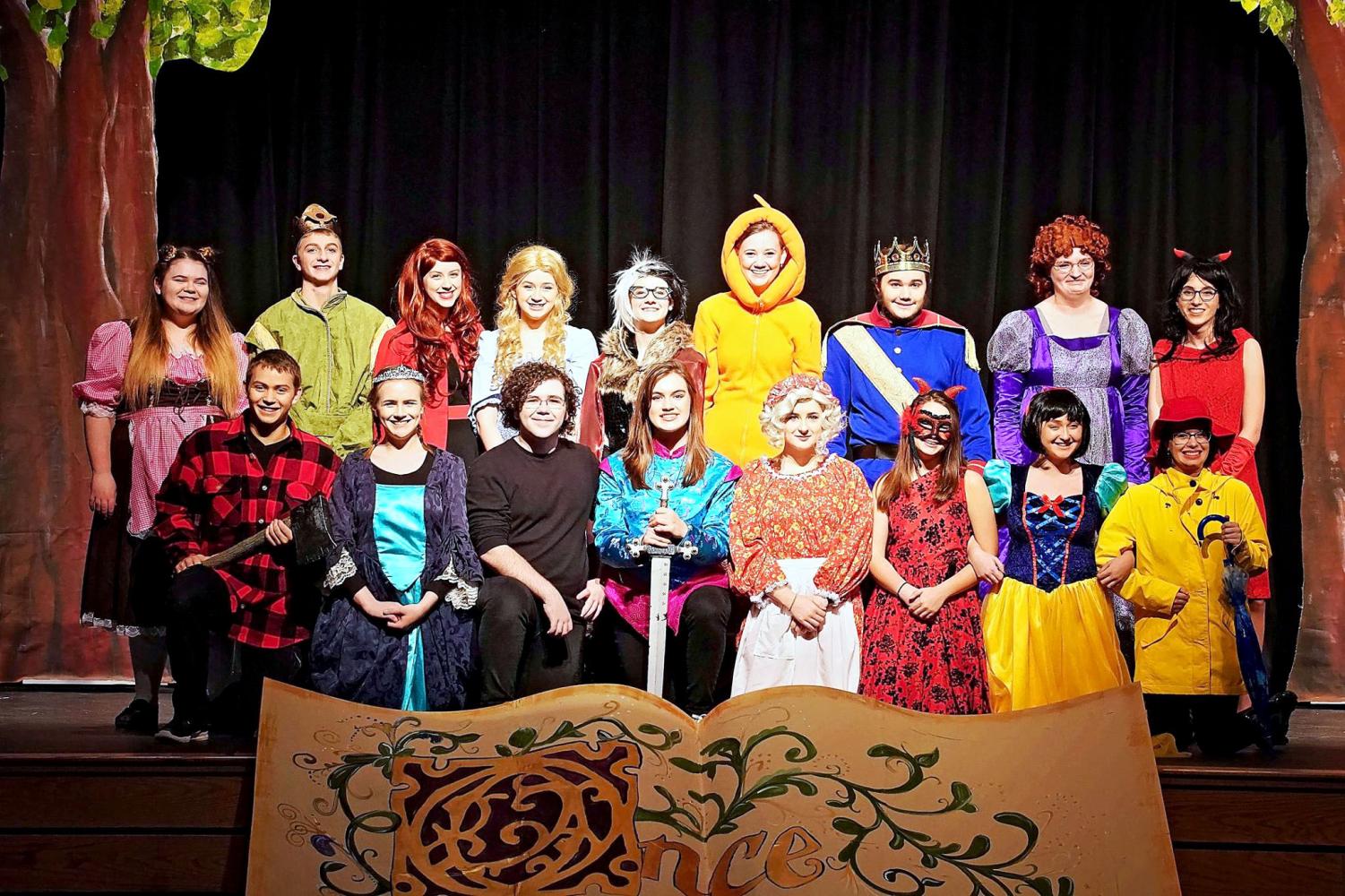 A “Once In A Lifetime” Moment

“I would definitely do it again,” said freshman female lead Jillian Stephens.

“I’ve been in the school play since my freshman year,” said senior male lead Max McAuley. “It’s always been an experience that I cherish throughout the year.”

Senior student director Stephanie Kaltenbaugh said, “I’ve done this every year of high school. I wouldn’t trade the past four years for anything.”

I’ve done this every year of high school. I wouldn’t trade the past four years for anything.”

Do you ever wonder why an opportunity to experience something and the experience itself can impact one so strongly? Do you ever realize and question how and why so many adults tell us that their high school careers are one of the best highlights of their lives?

Well, there’s a very clear cut reason for that. High school is a place that offers us many “once in a lifetime” opportunities; those will then become lifelong memories that we’ll hold close to our hearts. For McAuley, Stephens, and Kaltenbaugh, the fall play is one of them.

So, before I get into the nitty gritty of the fall play and their journey through the process, I just wanted to state that I’ve never been to a school play before. Well, at least not to a high school one. So, for me, this was my last chance to experience this in my high school career. It was a great experience – one that I cherish too.

Alright, let me lay out some quick facts and context for you all. Essentially, The Brothers Grimm Spectaculathon is an incredibly hilarious, witty, and chaotic compilation of the Grimm Brothers fairy tales. Adding onto that awesomeness, it’s told in the original style. Basically, it’s a really good comedic play. They did an exceptional job to make that description of the play come true.

I don’t know how much you know about theater and performing, but I think we can all come to an agreement that it definitely is not easy work. I can’t even imagine the amount of time and dedication they put into making this play such a success.

So, let’s rewind to the beginning of their journey, starting off with McAuley. He was one of the lead actors and was casted for the following characters: Narrator 2, Prince 1, Hansel, Host, King, and Dwarf 2. This is definitely an accomplishment.

When asked what McAuley felt was a challenge during the process, he said, “It would have to be the several different characters I’ve had to develop, as well as the costume changes that come with them.”

McAuley shares that the process can be very difficult when it comes to learning lines and blocking, but once you overcome that hurdle then the show begins to come to life.

“That’s when you can truly act and have fun,” said McAuley.

Now, moving onto Stephens. She was the other lead actor and was casted for the following characters: Narrator 1, Enchantress, and Prince 3. Especially as a freshman, it’s a huge deal to be casted as one of the lead actors.

Stephens said, “Trying not to laugh at the chaos happening around me” was her big challenge as an actor.

Stephens says that it has been hard work but it’s been an incredible experience for her.

Lastly, Kaltenbaugh was the resident student director of this play, and was one for the previous years too.

“It’s been absolutely incredible, like it is every year. It just gets better and better,” said Kaltenbaugh on what the process has been like for her.

Of course, there are always many favorite memories to share.

My favorite moment would have to be the moment we get an audience. That’s the moment when all of the work you’ve put in for months is finally witnessed by people who haven’t already heard the jokes five million times. You’re giving so much energy and you hear the applause and laughter. There’s a constant flow of energy and it’s exhilarating.”

“My favorite moment would have to be whenever the audience would laugh. It makes all of our hard work worth it even more,” said Stephens.

“My favorite moment would have to be the moment we get an audience. That’s the moment when all of the work you’ve put in for months is finally witnessed by people who haven’t already heard the jokes five million times,” said McAuley. “You’re giving so much energy and you hear the applause and laughter. There’s a constant flow of energy and it’s exhilarating.”

“My favorite moment was really any time the audience was laughing. It proved that picking a comedy as our fall play was the best decision,” said Kaltenbaugh.

The whole cast and crew felt that the performances went well. They said everyone worked extremely hard to make it a successful play. Most of the audience has expressed that they felt it was one of their best shows.

McAuley said, “The energy was there. Both audiences were incredibly responsive and it was incredibly rewarding.”

For many of us, being able to find ourselves and the things we enjoy doing is an amazing and important moment. Stephanie Kaltenbaugh has found her dream to become a director because of these opportunities.

It’s one of the most fun experiences of my high school career, and it helped me realize my dream”

“It’s one of the most fun experiences of my high school career, and it helped me realize my dream” said Kaltenbaugh.

Last but not least, Max said, “I would encourage everyone to audition for musical. If that’s too much, wait ‘till next year to audition for the play. It’s not as much of a commitment as the musical and the cast is typically fairly small, which allows it to be more like a family. You really get to know all of your cast mates!”

I think it’s amazing how even moments like these allow people to be so happy and to have so much fun. I really think that the fall play is underrated and that many more should appreciate the hard work that the cast and crew put into it.

So, I guess for me, my next stop will be going to the school musical. I hope I’ll see you all there! 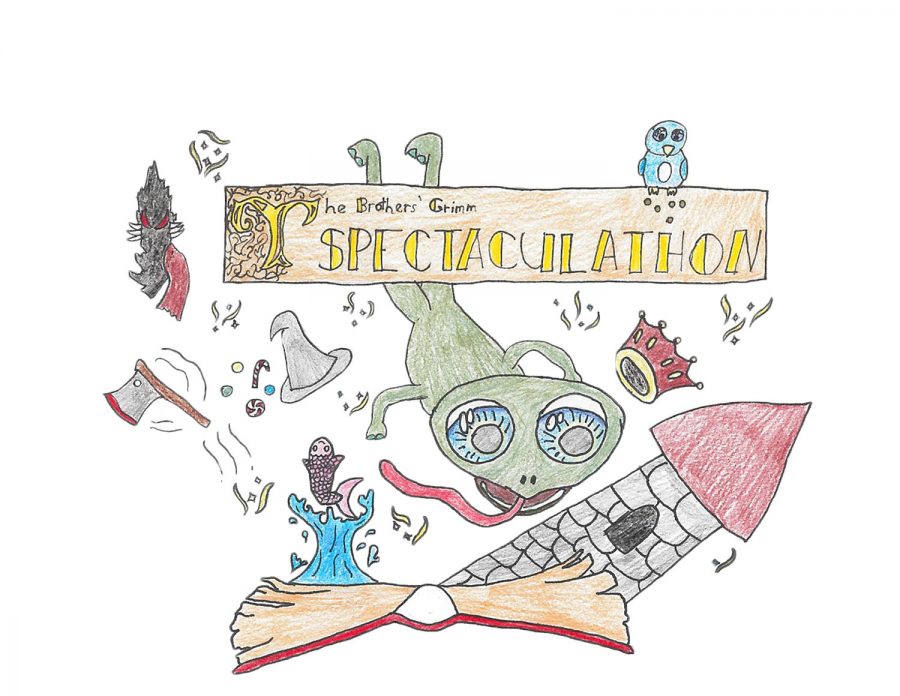 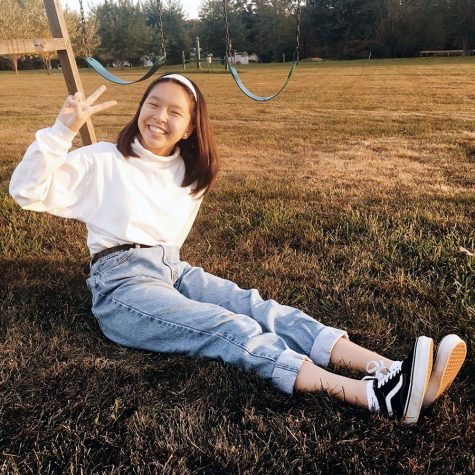 I'm an advocate, dream chaser, and the girl who cares a lot about her aesthetic.

Well, it was nice meeting you. Peace out!