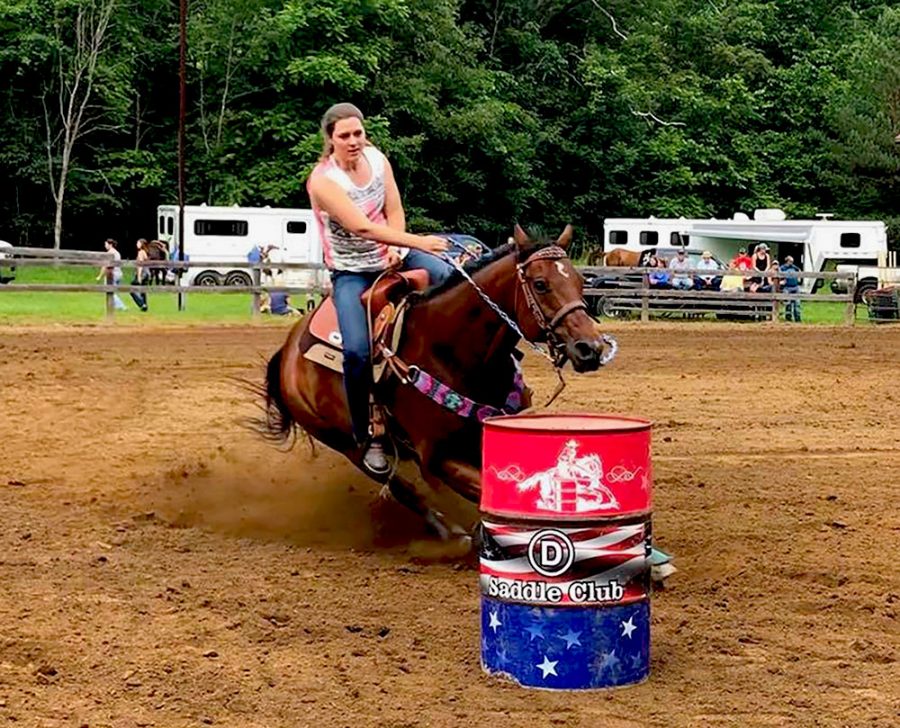 Do you ever wonder what Mrs.Grantz does in her free time? Believe it or not, she doesn’t just live at the school hoarding confiscated vapes or passing out baskets for the metal detectors. Did it ever cross your mind that the lady that pulls the reins around here also pulls the reins as a barrel racer?

“I’ve done it since I couldn’t even walk, but competitively about six or seven years,” said Mrs. Grantz. “My grandparents started and it has been passed down.”

Barrel racing consists of three barrels and riding in a clover leaf pattern. Every time you hit a barrel, it’s a five second penalty. People commonly mix up horse racing and barrel racing.

Sophomore Logan Klemm who also competes in other areas of equestrianism, decided to clear up the confusion on the differences.

“Horse racing is just running in circles, but barrel racing you get to jump over stuff!” said Klemm.

“I got my horse JANA Makin Dust, AKA Smoochie, as a colt. I’ve had her for six or seven years. The first few years is a lot of training,” said Mrs. Grantz.

How would you feel if you were just going on about your day riding your horse and you see your vice principal?

“I was riding and I saw Mrs. Grantz out of the corner of my eye and I got worried because that’s my vice principal,” said Klemm.

I would be crazy right; it never crossed your mind that Mrs. Grantz might be competing against you.

“Everyone has their hobbies and this is mine; once it’s in your blood it’s hard to walk away from,” said Mrs. Grantz. 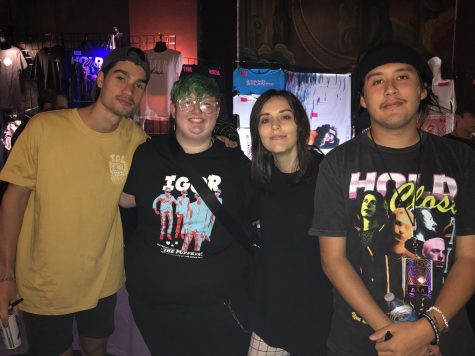 Hi, I'm Faith. I'm a Sophomore. and I like to go to concerts but nobody is ever willing wants to go with me because they don't like punk music. Moshing...