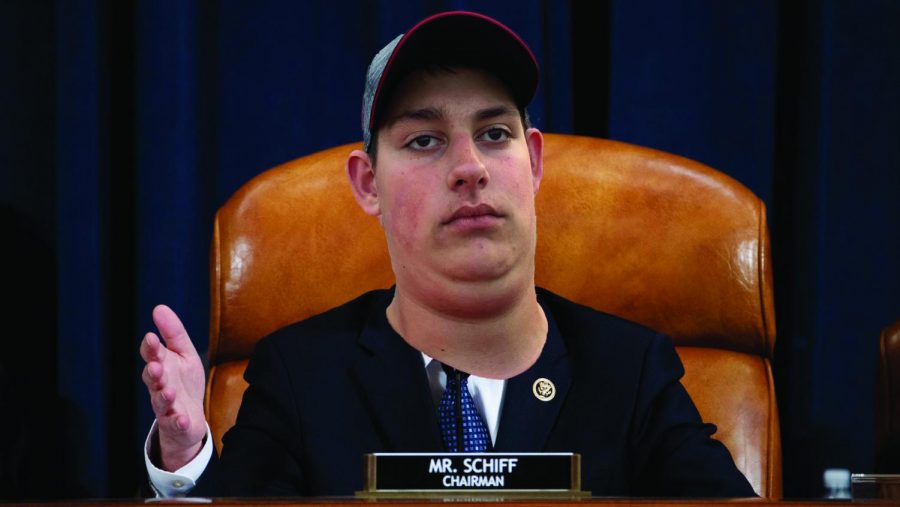 A Witch Hunt. Nothing More. Nothing Less.

Before I get into my rant about Impeachment, there is something that you should know. Over the summer break I have switched from being a Democrat to a Republican. There is a laundry list of things that converted me which we simply don’t have time to get into at this moment.

For the people who live under a rock and haven’t heard the news, the House Democrats have launched an “Impeachment Inquiry.” Which they actually have not launched because you need a vote in front of the whole House of Representatives to even launch one. This strategy is kind of genius. You send out “subpoenas” which are only requests for people to speak in front of a committee and if they say no you cry obstruction to the press. After 82 days of this fake inquiry, the Democrats officially launched an actual Impeachment Inquiry. That means the good ole’ Adam Schiff (D), who will be mentioned later, had 82 days to gather info whilst there being no actual legal Inquiry for him to be doing this. This isn’t even mentioning him having people testify in the basement of the Capitol Building, which is sketchy enough, but he didn’t let any Republican Members of Congress in the sessions.

Time to go into the roots of the Democrat’s goose chase. So this whole charade started when an anonymous whistleblower filed a report that President Trump had used his power to get dirt on Joe Biden for the 2020 Presidential Election. This report was filed by the whistleblower based off of second hand information and the person was not even in the room during the call. It eventually came out that the whistleblower was in contact with, scum of the Earth, Adam Schiff. For those who don’t know Adam Schiff is a Representative and Chairman of the House Intelligence Committee which is kind of important.

That leads me to another point. Adam Schiff is one of the worst people in modern politics. He is known as a liar, leaker, and overall piece of Schiff. Before people claim I am making stuff up like the Young Turks do, I am going to give you a few examples. Schiff has leaked quotes from behind closed doors testimony which, you know SHOULDN’T BE LEAKED. This would be bad if he were some average Representative. But no, he is the Chairman of the Intelligence Committee which is kind of important. He was the one who called the person to testify in front of the committee and leaked the testimony. He was one of the people touting the Russia Collusion hoax. He literally went on major cable news and said that there was significant evidence that the President colluded with the Russians when in reality there was nothing there after $30 plus million in taxpayer dollars. The worst part about this is how in a Committee Session, Schiff read the “transcript” which was in fact a fake dialogue between Trump and the Ukrainian President. He acted as if it was the actual transcript and read it seriously.

Speaking of transcripts, has anyone actually read them? If you take the time to read a four and a half page transcript, you will understand why I am so outraged at this witch hunt. This whole thing was started because apparently President Trump was withholding aid to Ukraine because he wanted dirt on Joe Biden. Well, Joe Biden’s name is mentioned all of about zero times in the entire transcript. If anything, President Trump should be praised for this phone call with Ukrainian President Zelensky. After exchanging greetings, the first thing the President brings up is the Crowdstrike Situation. Crowdstrike is a major cyber security company that was hired by the DNC to investigate an apparent breach into their servers. These apparent hackers came from Russia or Ukraine and by President Trump mentioning this situation, it shows that he is dedicated to ensuring a fair election in 2020.

This entire Impeachment Inquiry is a sham. It will most likely end up with Trump being impeached because the Democrats have the majority. I understand that this is kind of complicated, but this is so important. The media is only covering what the Republicans are doing but are completely ignoring what the Democrats are doing. They have opened an investigation about little to no evidence and have done this out of spite and for all the wrong reasons.