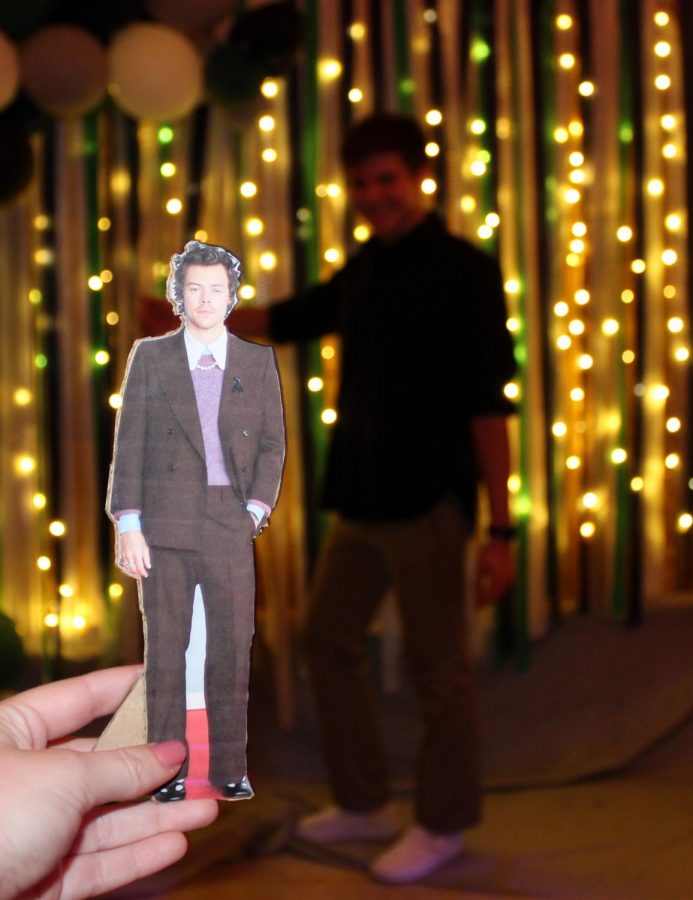 Do you find Harry Styles attractive? Well, who doesn’t?

On July 14th a handful of students were thrilled to not only see his beauty in person, but hear him perform live. But when COVID hit, cancelling his Love on Tour performances everywhere, devastation struck.

“Part of me wasn’t really shocked, but I can’t lie, I cried for days,” said senior Tessa Gallagher.

Over a ton of shows along with Harry Styles’ Love on Tour, got postponed, breaking the hearts of true fans everywhere. Even though performances were cancelled due to COVID-19, many of the artists planned to reschedule their events to the next year. Just as Harry Styles did, he took his summer concert from July 14th, 2020 to October 14th, 2021.

“I cried but then realized I’ll have more time to prepare myself for his concert next October,” said junior Caden Traggiai when he first found out the news.

Music is a way of therapy for some people that are streaming it or listening to it live. Studies have shown that music has multiple positive effects on the brain. Some are pain reduction, stress relief, improvement of memory, and help with brain injuries. While listening to live music, researchers found that those who went to a concert once every two weeks or more experienced such high levels of happiness that it could lead a person to live up to nine years longer.

Many people know how different music is live versus just listening through your phone. Junior Julianna Crites, being the true fan she is, has been to a previous show of Harry Styles.

“It is an unreal feeling, exotic in a way,” said Crites.

When fans heard about the news from their favorite artists, many people had similar reactions, either that being sadness, confusion, or anger.

“I was pretty disappointed and shocked, I didn’t think COVID would last that long and affect the concerts,” said Crites.

If you were asked to go to a concert tonight, what are the chances you would go? Even during the times we are in, and if you could go while following COVID guidelines, would you still go?

“For sure! I honestly feel like while the artist is performing you would forget about masks or social distancing,” said Gallagher. Crites, agreeing, “I would kill to go to a concert.”

Even though concerts were cancelled and rescheduled everywhere, devoted fans are committed to their favorite artists and to be at their shows. . . and hoping and praying they will be given a chance to attend the performances when they are rescheduled.