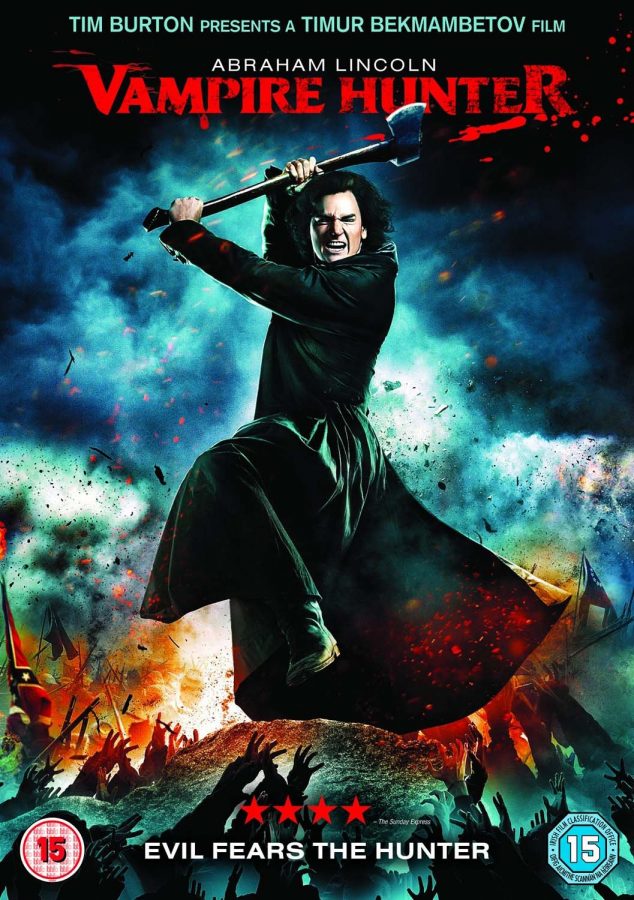 I don’t know what’s wrong with this movie.

We begin looking at the Washington Monument while our actor of Abraham Lincoln speaks pretentiously in the background about how violence can be utilized by leaders, which is probably an Abe quote. Then we jump right into a flashback in which Lincoln’s mother is killed by a vampire.

We come into the modern day where we meet modern Abe. Then after some poor exposition, our hero meets his sage, Henry. This dude ends up explaining to Abe that vampires are real and while at first skeptical, Lincoln is offering to help to kill them within exactly 30 seconds of convincing them. Then Abe is asking Henry if he can…kill the vampire that killed his mom? So did Lincoln know if vampires exist or not? We never find out.

Anyway, so now Henry makes Abe do a bunch of wacky tests and trials like cutting down a tree in one stroke of an ax, fighting in the dark, swinging an ax fancily, etc. etc. We get a pretty weird montage of Abe growing in his skills and then he’s just apparently ready to kill them now.

In the horse stampede scene, the vampire that killed Lincoln’s mom takes a horse by the leg and just throws it at Lincoln.”

This isn’t however before Abe gets a history lesson from Henry about vampires. Henry makes this thing into a race war about monsters versus men and it’s just really weird. We never really understand why the vampires want hierarchical tyranny over humans, they just do because they’re….evil?

Lincoln, of course, keeps just taking everything word for word from this guy even though he hasn’t heard this kind of stuff from anyone else except himself.

Henry then sends Abe out to a town to be the local vampire eradicator. Lincoln has 3 rules to follow: no friends, no family, and no revenge. But of course, while killing vamps and working at the local shop he meets Mary Todd. Their romance is about as spicy as ketchup. They just sometimes insult each other while staring at each other and smiling. Lincoln and his store employer get invited to an upper-class ball for some reason despite being in the lower middle class of society. I guess classism just doesn’t exist in this timeline of America. At this ball, Abe and Mary dance and stuff. Then, a few days later, they go on a picnic date, and Lincoln tells Mary about the vampire killing. She just kind of laughs at him but we never really find out if she believes him or not. It’s very difficult to interpret what emotions the actress of Mary is trying to convey. It’s quite odd. They eventually get married later in the story. That’s literally as much time as I feel like spending on this romance.

Abe eventually gets to fight some more vampires. There really isn’t a steady increase in stakes at all and not enough setup for each killing. The action scenes aren’t really all that bad and the CGI is actually quite good, but there’s usually just so much happening and the directions and locations of characters change from shot to shot. The fight scenes just really aren’t that well-choreographed. We get some weird fight scenes in places such as on top of a horse stampede, and then on an exploding railroad bridge towards the end. In the horse stampede scene, the vampire that killed Lincoln’s mom takes a horse by the leg and just throws it at Lincoln. At that point I basically gave up in terms of giving this movie creative credibility. The production of each scene is actually very good, but most of them are unnecessary and oddly shoved into the middle of the plot.

The use of light was also very well conducted. A lot of the time they stuck to natural-looking lighting and used it to sculpt out only certain features of the scene that were important. It made for some pretty interesting shots.

There’s pretty weird pacing. Each scene is super short and it kind of gives me whiplash. Every scene feels incomplete. The archetypes are so intensely driven into the characters that the characters don’t seem like real human beings. Lincoln is constantly doing violent good deeds or humble bragging. This man has no flaws that are critically identified by any other character. It becomes very annoying when the characters around Abe constantly talk about how honest he is while he breaks promise after promise without any acknowledgment from anyone else.

Lincoln has a black friend and is found speaking out and physically fighting against slavery the whole movie even though he himself was never an abolitionist? Lincoln does literally nothing wrong in the eyes of other characters throughout this entire movie. They did include Lincoln’s political career in the story as another aspect of his life.

I don’t recommend this movie. 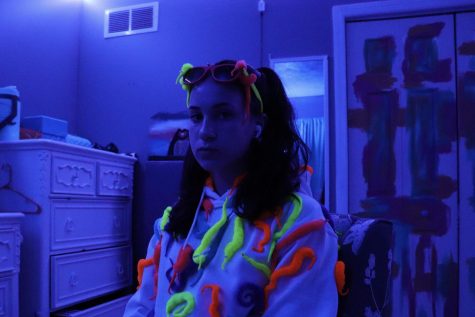