Sticks and Stones May Break Our Bones, but So Will Steps and Showers 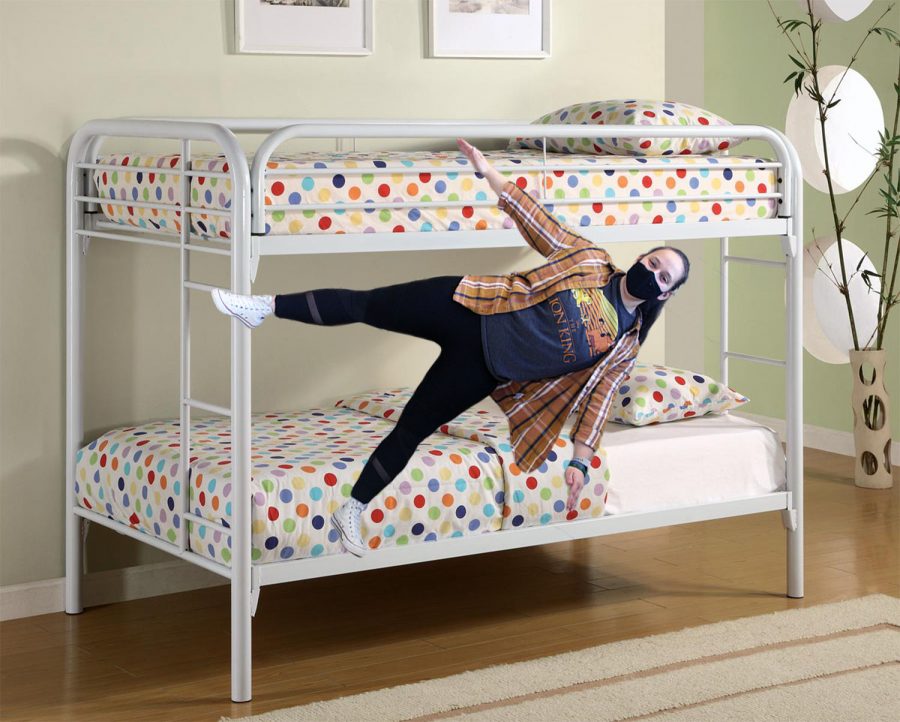 Chances are, at this point in your life as teenagers, you’ve had at least one serious injury that required a cast, stitches, or maybe a boot. And when you go to school with your arm in a cast, everyone wants to sign it, and they ask how you got it. Some people have super cool stories that make them seem really tough. Others, not so much.

This article is compiled of your classmates’ stories, so read and enjoy.

“I had a spiral fracture on my humorous (near my elbow). It was the last day of school before summer break of freshman year. I was a day of two from turning 16 and being able to get my driving permit. My first few periods flew by pretty quickly because we weren’t doing anything in them. 5th period then rolled around and everyone was excited to be going home soon. In Mrs. Lemon’s class we were having some fun, and some of the guys were arm wrestling because it was something to do. J.J. (Jeffrey Szebalskie) asked me if I wanted to arm wrestle him, because I was the only one who had beat him in class before, and I said “Okay: because I didn’t think I would be seriously injured. So we started and J.J. started winning, but I didn’t want to lose so I kept going. I had terrible form and should have just lost, but I was too stubborn and I started coming back. However, my arm broke and flopped down onto the side of the desk, so I grabbed it and put it in front of me in what seemed normal, and then the pain hit. My ears started feeling like they were filled with cotton, my vision went colorful and then black, and I became extremely sweaty. It was embarrassing because it was the last day of school before summer break, I could almost get my driving permit, losing in front of the class just didn’t feel good, and them seeing me cry also made me feel embarrassed. There  was the class within Mrs. Lemon’s room, and some people in the hallway who saw the aftermath.”

“While I was at PFEW, the summer of 2019, I managed to hurt myself after being there for 2 days. It was about 2:30 am on Tuesday and I was sleeping on the top of a bunk bed. I was dead asleep in my bed when I woke up on the floor in excruciating pain. My roommate, Emily Kriley, woke up, turned to me and asked if I was okay. My response was “No, I just fell out of bed!” She quickly got up and ran to get the RA downstairs. After a few minutes she returned with the RA. I explained what happened ad that both my ankle and knee really hurt.  The RA then called the campus police to come get me and take me to the emergency room. After spending many hours in the emergency room with the RA, the hospital took X-rays and said that I only sprained both my knee and ankle. They wrapped my knee, put an air-cast on my ankle, gave me a pair of crutches, and told me I would be fine in a week. Fast forward a few hours, my mom called me at lunch and told me I had to go back to the hospital because after taking a closer look at the X-rays, I actually broke my ankle. I told the people in charge and I was on my way back to the emergency room for the 2nd time that day. This time they gave me a temporary cast and told me to make an appointment with the orthopedic surgeon. After 3 more weeks, 2 X-rays, and an MRI, they realized I had completely ruptured a ligament on the outside of my ankle. After 3-4 months of rest and rehab, I was told that everything should be completely healed and I was good to go. Fast forward again, I had several more visits to the doctor and many months of running and playing sports with a hurting ankle. They took my X-rays and another MRI and realized that it didn’t heal and I needed surgery. I ended up having my surgery in May of 2020 and after about 6 months of rehab, it is finally better. Although no one saw me fall out of my bed and only 1 other person was in the room, I had to tell everyone at PFEW the story of me falling out of bed and every person who asked how I got hurt or why I needed surgery.”

“I got a concussion earlier this 2020-2021 school year in gym class. I jumped up for a ball while we were playing gator ball, and ended up jumping into another kid’s head. So my head went into his chin, and then I fell out of midair and hit the ground. At first I remember kind of feeling a lot of pain where I hit his chin. I kind of had a headache and I was seeing stars so I assumed something was probably wrong but through years of toughing through that stuff at softball I just hopped back up and put on a smile because I did want to keep playing the game. Everyone in the class, I’d say 40 some people, were just staring at me. Mr. Durand and Ms. Taylor were very concerned, but I told them I was fine and jumped back into the game. Bad idea because I think that move actually made my concussion worse. Once I moved over to the sidelines in the game to wait for my next turn, I started feeling dizzy and very nauseous, so I though it over and decided ‘this might be a concussion’. I walked up to Mr. Durand and told him what was going on. He told me to go sit and pointed to the floor so I sat on the floor and waited for the end of class. I think some of the kids thought I could be faking it because I had previously seemed absolutely fine. One of the girls in my class took me down to the nurse, and when I told her what was going on, she went absolutely crazy over me. She called my mom and made it sound a lot worse than it actually was, and when my mom showed up, the nurse decided I couldn’t walk there and wheeled me out in a wheelchair. That was probably the most embarrassing part, I think, because some other kids from my grade saw me and probably though, ‘Oh look. It’s accident prone Ava. Wonder what she did this time?’ I felt so stupid because I could walk just fine, but the nurse had insisted on a wheelchair. My mom started laughing when she saw me and I got really flustered. The nurse told my mom about how I had to get extensively tested right now because it was obviously a very severe concussion. It did turn out being worse than I expected and I had to see specialists, but other than that it was just about what you’d expect for a concussion. Also, I stand by this, the very worst part about it was the clearing test. A lot of exercise, and I mean a lot, right after not being able to exercise or do sports for 4 weeks. I was so sore the day after, but it was worth it to finally get back to normal life.”

Bryn Krason – “Oops She Did It Again”

“I tripped out of a doorway at Bailey Ferguson’s house and there were stairs. I badly stretched a tendon in my ankle and had a fracture on the bottom of my foot. It was embarrassing because all of the people there were juniors and I was just a freshman. I first went to Med Express and they gave me and air cast, but when I went to the orthopedic doctor they said the air cast actually made it worse. The doctors said it would’ve been better if I had actually torn the tendon because they said you can’t do anything with a stretch. They also said that it was the weirdest break that they saw on the bottom of my foot that even if I did nothing to it I would be fine. I also saw Sami (Archer) when I was at the orthopedic doctor.”

Megan Mitchell (myself, the author) – “Gym Trippin’ and Shower Slippin'”

I’ll conclude this article with 2 little stories about my own embarrassing injuries. When I was 6, I was taking a shower (as one does). When I finished my shower, I tried to get the shower door open but I couldn’t (I would always leave the door cracked and inch or two because it was hard to open and shut, but this time it was completely closed). I started pushing on the door as hard as I could, and ended up slipping on the wet tiles. I fell and split my chin open, and ended up needing 5 stitches. I still have a scar on my chin, all because I slipped in the shower.

Also, when I was in gym class in 8th grade, we were jogging backwards for gym warm ups. I was in one of the lines on the end, and while I was jogging, my arm bumped into the metal cart that they kept the radio and first aid kit and other stuff on. Obviously, since it was behind me and I didn’t know it was there, I fell. I caught myself weirdly, and tried to shake it off like nothing happened because I was so embarrassed. Ms. Nesbitt asked if I needed to go to the nurse, I said no, and I finished gym warm ups. By the end of the warm ups, my arm was throbbing, my hearing felt like I was underwater, and my vision was purple and black and everything was spinning. I was very dizzy and it occured to me that I might pass out. I was worried that since I had initially said I was fine and that I finished warm ups that no one would believe me if I said it now hurt. I went to Ms. Nesbitt and said (and I quote), “Actually, my arm kind of hurts. Can I go to the nurse?” SHe said I could, and when I was walking down the hallway to the nurse’s office I thought I would pass out since I was so dizzy. As it turns out, I ended up fracturing the growth plate in my left wrist.