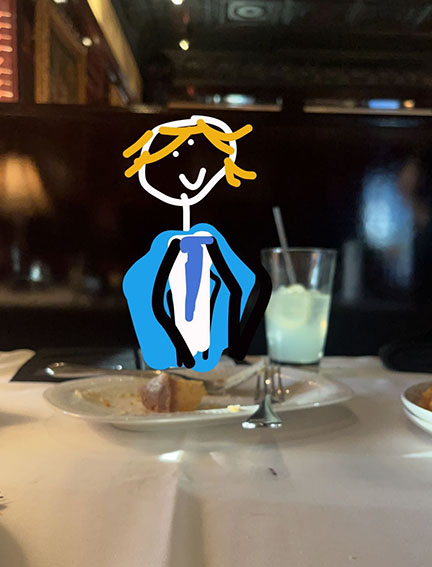 What comes to mind when someone says homecoming? Some people may think of fancy dresses and pictures, while others may think of getting their hair done and putting on a full face of makeup. But for me there’s one thing on my mind, and that is food. So, let’s take a look at what everyone had for their extravagant homecoming meals.

For starters, freshman Kaylee Bachman went to the Field House with her group of friends. She ordered the chicken tenders because obviously that’s a great pre-dance meal.

Bachman said, “Delaney Andrews is the boss and made us go. They did have really good food and welcoming workers.”

“Their drink filling service was not up to my standards, so that deducts two points,” said Bachman.

It’s okay though because I ate everyone else’s leftovers.”

The Field House seems to be a close and reliable place to eat. They have good food and a comfortable environment. Plus, it is very close to the school, in case you’re in a time crunch.

“Jimmy Wans was a place that we thought would be good to go to because it is a nicer restaurant that everyone in my group enjoys,” said Davies.

Jimmy Wans is extremely good, but it is a very popular restaurant, so it was definitely full on homecoming day.

Davies said, “They tried their best to give good service, but since it was so packed, the food did take a long time to come out. I don’t blame them though.”

He ordered the sushi, which is a very popular choice at Jimmy Wans.

Davies also mentioned that the portions were smaller than he remembered, and that his tiny sushi left him hungry.

“It’s okay though because I ate everyone else’s leftovers,” said Davies.

The Springfield Grill is their favorite place to eat, and they both highly recommend it! Moody gave it a 5 star rating and 10/10 service.

Fleishner said, “I ordered the salmon and it was awesome. I got it there last time and really enjoyed it.”

Food at the Springfield Grill usually never disappoints. Although it might be a little further of a drive and pricier, sometimes you gotta do what you gotta do in order to eat well.

Last on our list was sophomore Jessica Farbacher. She went to Serventis for dinner.

Although this seems like a good choice because it is a close place to eat, you better get a reservation early because that is what everyone else is thinking too.

Farbacher said, “They had okay service but the food was good. I ordered a salad because I knew that would be an easy, light meal.”

Farbacher was smart and kept it light on the meal so she did not have any food weighing her down on the dance floor.