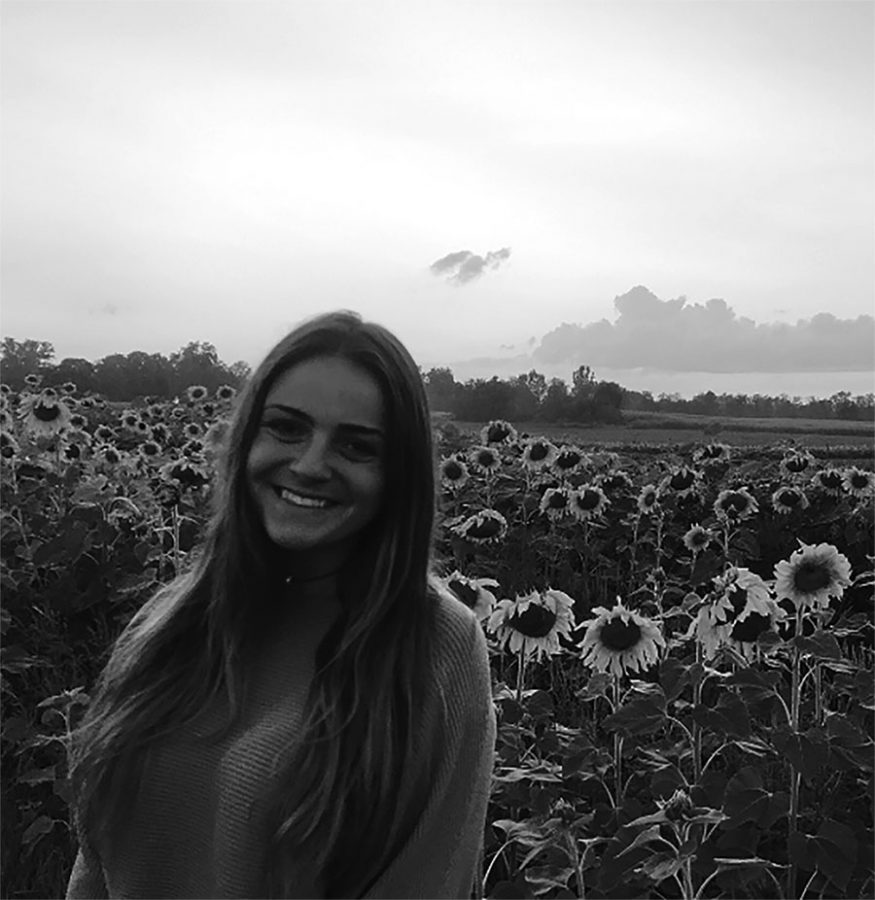 I Thought You Said Weast

Junior Emma West could be described as a varsity tennis player, a varsity cheerleader, or simply as a grade A human being.

“If you’re not friends with Emma West, what you doing?” said West’s fellow junior and friend, Shiann Thomas.

West is well-known for many reasons. Whether she is criticizing Coach Miller on the tennis courts, shining under the Friday night lights during football season, or strutting down the hallway in style, you can’t miss her.

A large portion of West’s life is dedicated to tennis.

West, who went to states this year for singles, loves tennis most of the time…

“I have an on and off relationship with it,” said West. “It is my main sport but it consumes my life.”

Her boyfriend, senior Charlie Tanner, also had something to say about Emma regarding tennis since they have played each other.

“I beat her all the time. My strategy is to really get in her head, you know?” said Tanner.

Since then, he said that she has made him a less cranky individual. He also said that though she is a very kind person, her common sense is lacking.

Even as a kid, Emma’s actions have seemed… a little shy of normal.

“The first time I met her she was riding a bike past my house,” said junior Kerrie Fitzpatrick. “She looked at me and my friend Dominique, awkwardly said, ‘Yoshi’, and then ran into a mailbox. We’ve been friends ever since.”

West has other qualities that set her apart from the crowd.

“I appreciate that she has the willingness to speak her beliefs,” said Coach Miller when I asked about Emma’s religious standpoint.

For those who aren’t already aware, West is an atheist, and has been for a few years now.

West was raised Christian and went to a Christian elementary private school.

“I went to a Christian elementary school and after that whole experience with how they taught everything, I just realized that that’s not me, just not who I am.” Said West.

Going to Knoch, the vast majority of the student body is Christian. Some more than others, but still, it is very rare to find someone with such contrasting beliefs.

I had to ask if she’s ever had any odd experiences because of this.

“Not many, or any that really stood out enough, but the first time I told my mom she said, ‘Doesn’t that mean you worship Satan??’ No mom…no.”

Though nothing has stood out as much as her mom’s reaction, she still has encounters with people who have different views.

If you retain anything from this article about West and her beliefs, it should be that she wishes Atheism didn’t have such a bad connotation.

“I’ve gotten into a few arguments with people who feel very strongly against what I am but honestly I think it’s a big misunderstanding. I don’t mean to challenge or protest what other people believe in, they just assume I do because they don’t understand. The differences in beliefs just bothers them I think.”