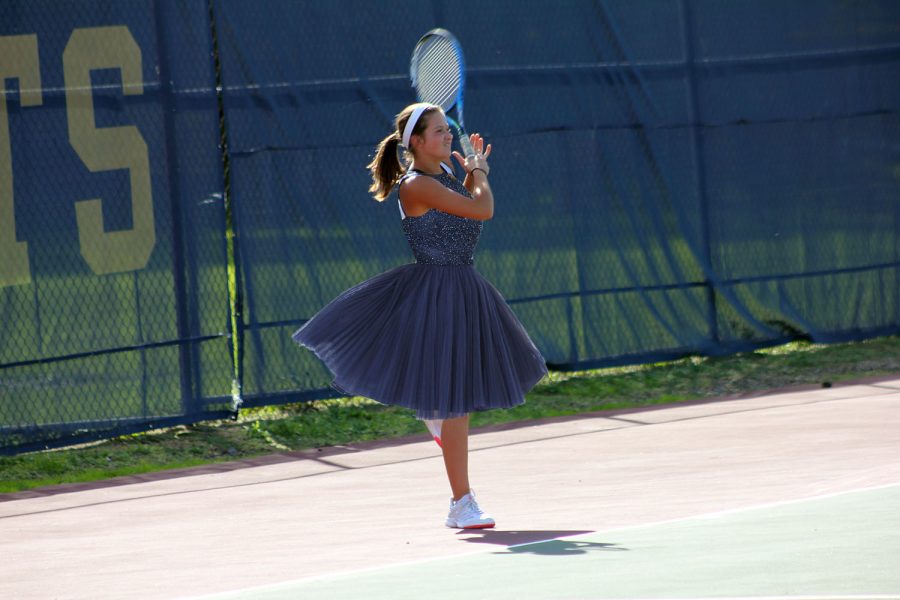 A (semi)-new solution to an old problem

Who hasn’t seen the cute Pinterest-inspired hoco proposals and been a teeny bit jealous?  Sure, we have our Snowball–but it’s in November.  It’s literally not even snowing in November.

Well, I’m just going to get right to it since everyone wants to know.  If you haven’t seen the posters, we are having a masquerade themed homecoming dance October 20th, and the attire is “casual dress up”–cocktail dresses for the girls, shirt and tie for the guys.

Don’t panic–Snowball isn’t gone forever.  It will be the same as it always is (semi-formal), just a later date.  So ladies–yes, you can still get the “after homecoming” deals on dresses.

I personally think this is for the best.  We commonly forget about the athletes who have been advocating for a date-change for years because of the multiple conflicts.

“Last year we had our WPIAL Championship game, which started at 3,” said junior volleyball player Kennedy Christy.  “The game is about an hour and a half at Baldwin.  Plus traffic.”

Luckily, Christy made it to the dance with her date, junior Kam Grassi, who also went to the game.

“I remember I got home at around 7,” she said.  “I had to get ready in 20 minutes and I just threw my dress on and got like, one picture in our living room.” 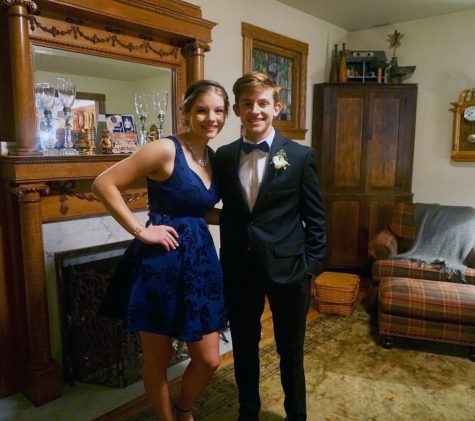 Christy was one of the few on the volleyball team that dressed up.  A lot of her teammates went in their uniforms, and a few made it for one song and left.

“The volleyball team has actually accomplished something (these past years), so I guess I expect it to be more of a standard–it was never really fair because we couldn’t go,” she said.

As a cross-country runner, I understand the frustration.  State championships were the same day as Snowball, so I had to run my race, then rush home from Hershey, which is a 4 hour drive.  It was mostly dark by the time we took pictures, and let’s just say I didn’t look the best.

But it isn’t just volleyball and cross country.  Tennis also has States–I saw sophomores Laura Greb and Brooke Bauer in the Hershey’s Chocolate Tour line the night before.  With the new homecoming dance in October and a January Snowball, we don’t have to miss out or be rushed.

“I remember we tried to get the weekend after, but the girls basketball craft show has always been that date and we couldn’t switch,” said Christy.

We can all thank Mrs. Venatta, our new Student Council advisor, for the changes.  She is the mother of Grace, 11th, and Emma, 9th.

“I don’t wish for the students to think that they are ‘losing’ Snowball, but rather ‘gaining’ another fun opportunity with the Homecoming Dance,” she said.  “It once was the tradition at Knoch and we can simply look at this as reviving that tradition!”

You may be wondering about how this is going to be planned in a month.  Mrs. Venatta, however, is working diligently to make it happen.  With the support of the administration, there are only technical details that need to be arranged.

“In addition to clearing the proposed dates with the central calendar, we would need some help from willing faculty, and most importantly, the help and participation of the students,” she said.  “If everything comes together, I don’t see anything standing in the way of fantastic celebrations at Knoch!”

Mrs. Venatta’s idea is to have roughly three months between each dance–Homecoming, Snowball, and Prom.

“It would be exciting,” said senior Kristen Jerich.  “We’d actually have something to do with the court after the football game.”

Oh my gosh! You’re homecoming queen! What are you going to do now?? NOTHING!”

Mrs. Venatta encourages everybody to attend–individuals as well as couples–as it will be open to all 9-12th grade students.

“The homecoming dance (will be) the culmination of spirit week, a pep rally, the parade, the crowning of the Homecoming Queen, and a great football game!” she said.