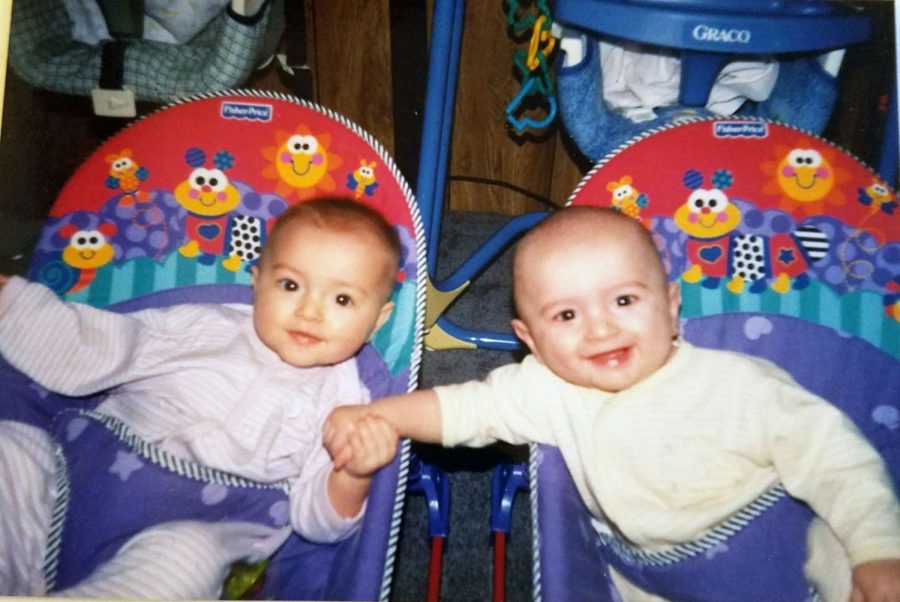 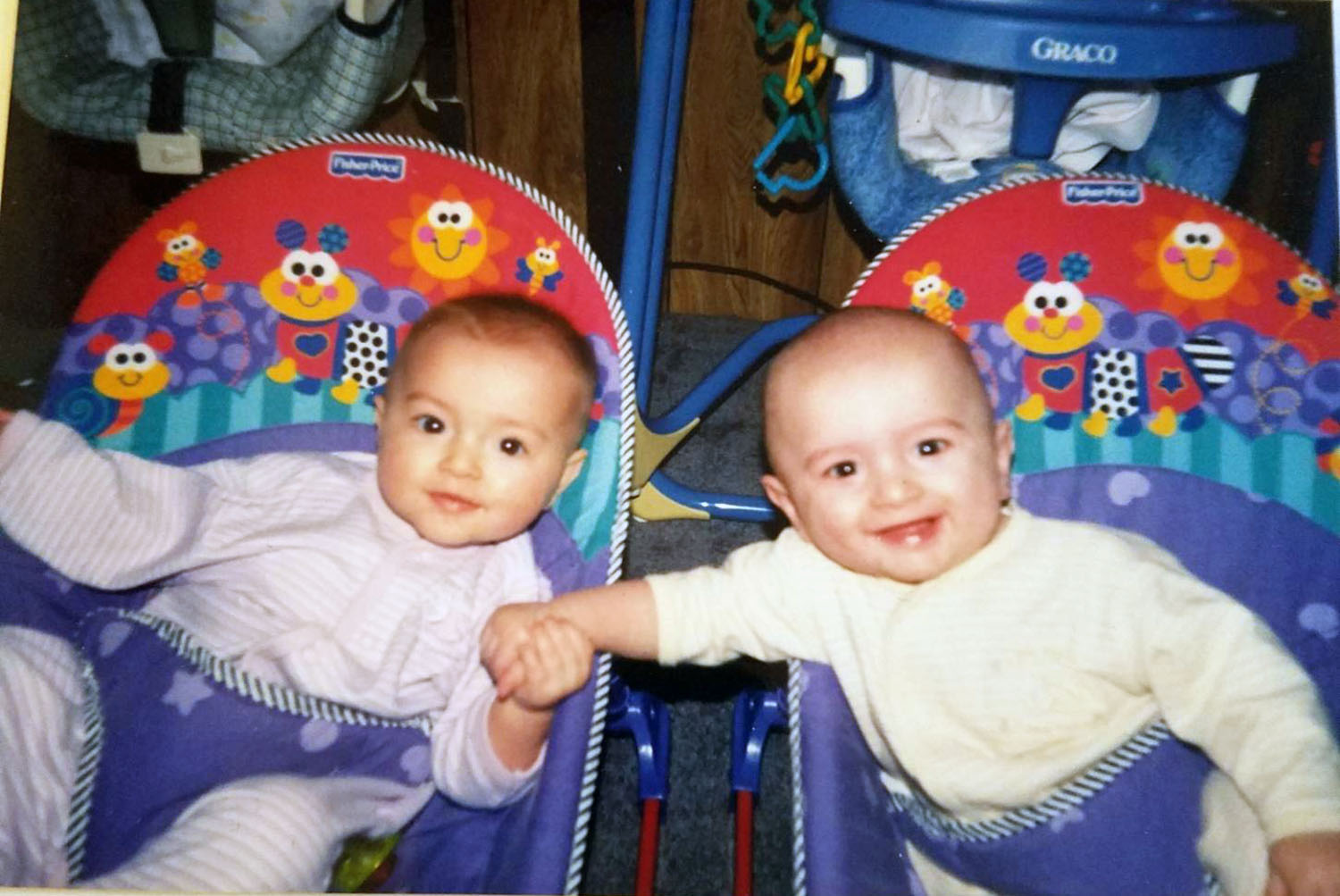 1.one of two children or animals born at the same birth.

The first myth I would like to break about twins is that there is no “Twin Telepathy”.  I know this may come as a shock to many but it is not a thing.

Now with that out of the way, hi, I am Lillie Leasure and I have a twin brother Larry.  Growing up with a sibling the same age as you is let me just say….interesting.

Don’t get me wrong… I am so blessed to have a twin just because I always had someone around to play with and talk to.  But, he is also Always Around!

Also many people compare us in grades, sports, and personalities.  For example, if we would have the same teacher at different times, the teacher would expect us to act and get the same grade as the other.  Just because Larry is good at math does not mean I am.

With us being in 11th grad,e we often get asked about our future and college. And as for us going to the same college, I highly doubt it, which is weird to think about because we have always been together.  We have lived in the same house for 16 years at this time.

Another thing about having a sibling the exact same age is we hit major milestones at the same time.  For example we both turned 16 over the summer which means that we were able to get our driver’s permits.  We have to split our driving time so one of us may drive to somewhere and the other will drive home.

When you have a twin, you learn how to share very well.

Third myth is that all twins look alike.  We all do not, there are such things as faternal twins, which means we were born at the same time, but we are not identical.

Some common things that Larry and I fight about are the TV channel, taking the dog out, doing the laundry/dishes, being too loud, being in each other way, who’s Adidas pants/soccer shirts are whose, who’s driving, food, cleaning the house, and finally wearing the same clothes (who has to change/who had the outfit on first).

Also, if we are ever wearing the same shirt or something, trust me we did not do it on purpose.  My mom used to dress us in identical outfits when we were baby’s so we got enough of that when we were little.

One more fun fact about me and Larry is we have never had a birthday party or day to ourselves; it is always our birthday.  Even in school, because we have a summer birthday, everyone would celebrate our birthday on the same day.

Also, I am the older twin by one minute.

Even though he is annoying sometimes and a pain in the butt, I literally don’t know what life would be like without him.

See below a slideshow of picture, and interviews with my parents and brother. 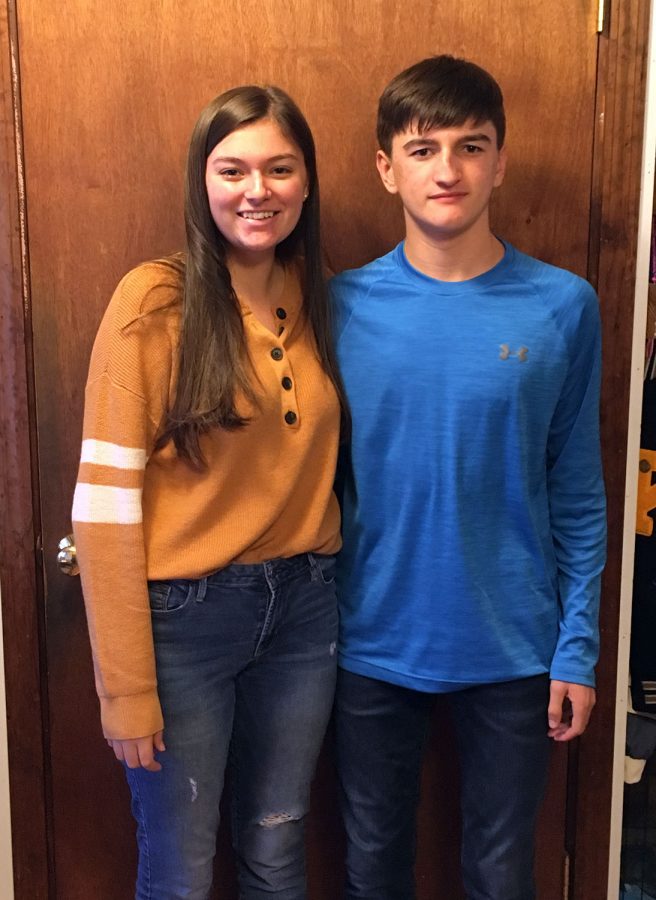 Dad- Told the lady that was doing the sonogram to look around and make sure there wasn’t anymore.

Mom- Shocked but not really because I had a feeling it was twins.

Dad- Very excited.  Told my father but to keep it a secret because I wanted to tell my mother on her birthday, but he ended up telling everyone.

Dad- I worked a lot to be able to pay for everything they needed, so yes

Dad- The picture my wife took of them when the A/C went.  They looked like two little birds laying on the floor in their diapers.

Mom- When they both were finally home together after their birth.  Larry had a short stay in the hospital after this birth, but you were able to come home with me.

Mom- Trying to get to get people to realize that they were two separate people.  You couldn’t compare them to each other.

Dad- That it is almost over.  2 more years and they will be considered adults.

Mom- I loved being able to dress them alike.  Also they always had someone to play with.  It is special to have wins because not everyone does.

It was fun because you were there to hang out with.

Having someone to talk to.

My sister’s name is Lillie not Larry 1