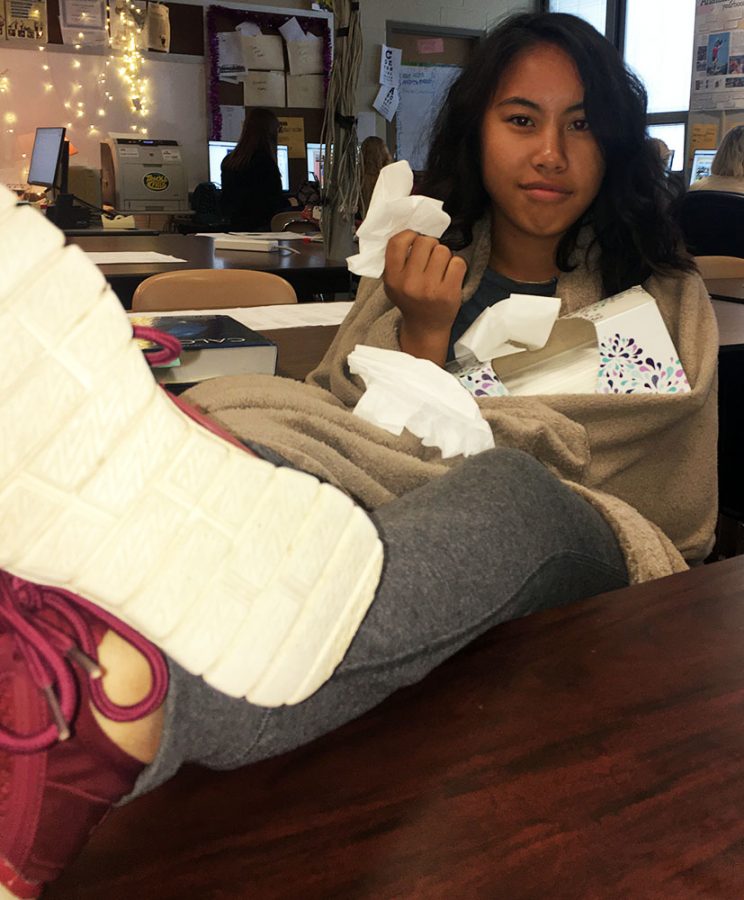 Senior Jadyn Brown reenacting her experience with The Plague.

The year is 2019, and school is just beginning. September brings hundreds of kids who have been separated in the summer months back together. An 800+ pupils are corralled into a building and students fill the classrooms. Out of the hundreds of kids, one is bound to have some kind of nasty, ailing, woeful virus.

In high school, sickness spreads almost as fast as gossip.

Illness going around at the beginning of the school year is common, but nothing has been like it was this year.

The sickness even got its own nickname, “The Knoch Plague” or “The Plague” for short. Unfortunately, many students fell victim to this infamous ailment.

Other symptoms Formica endured were: lack of appetite, cold sweats, and a pounding head. There was no official diagnosis, just a high fever of 104 degrees.

Junior Liv Dickman’s health was also compromised at the beginning of the year.

While sick, her hobbies consisted of “being lazy, lying in bed, watching movies, and cuddling with blankets.”

It was a “sad day” when senior Jadyn Brown’s immune system was conquered by this unstoppable force. She was plagued for a whole month, or at least some fragments of the disease lingered for that long.

This plague also doubled as a dramatic weight loss trend.*

“I didn’t want to eat, move, or do anything,” said Brown. “I lost seven pounds.”

She, along with the other victims, used the only defense mechanism possible, waiting it out.

The rising fear is that Knoch will get hit with another wave of the plague.

If your friend is sick, maybe don’t hang out with them. Or if they aren’t sick, maybe go with them to get a flu shot. Make a day of it!

Fun fact: New research has found that happiness may help you fight off cold and flu germs. Carl Charnetski, MD, professor of psychology at Wilkes University, claims that positive thinking, playing with a pet, and other pleasurable behaviors boost your immune system—making it harder for viruses to stick. So, take some time for yourself to boost your mood and immune system.

I don’t recommend this, but Blair hasn’t been sick since 8th grade. He also wanted me to clarify that he doesn’t do these things, but believe what you want.

Best of luck to everyone this upcoming flu season. Let’s leave this trend in 2019.

(Another one of Dickman’s hobbies, drinking tea, made me exuberant. Her saying this triggered my mom gene for taking care of everyone. I cannot stress enough how important it is to stay hydrated, ESPECIALLY when you are sick. Water helps clear your body of toxins. Loading up on fluids will help to reduce headaches, relieve flu symptoms, and strengthen the body’s immune response system. Literally sleeping dehydrates you, imagine the drought your cells go through when they aren’t properly working due to illness, but I digress.)

*DO NOT try to get sick to lose weight, that’s stupid. 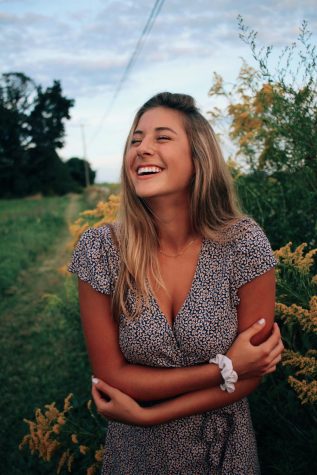 I am Caroline Ejzak. I am a senior as well as a: tennis player, master baker, La Croix enthusiast, early bird, black coffee drinker, math despiser, middle child, Sagittarius, and health freak. Recently, I've started calling people "Honey", I think it keeps true to the nickname "Sweet Caroline". Just tryin' to live up to my name. Have a good day, be kind to yourself, and drink some water.