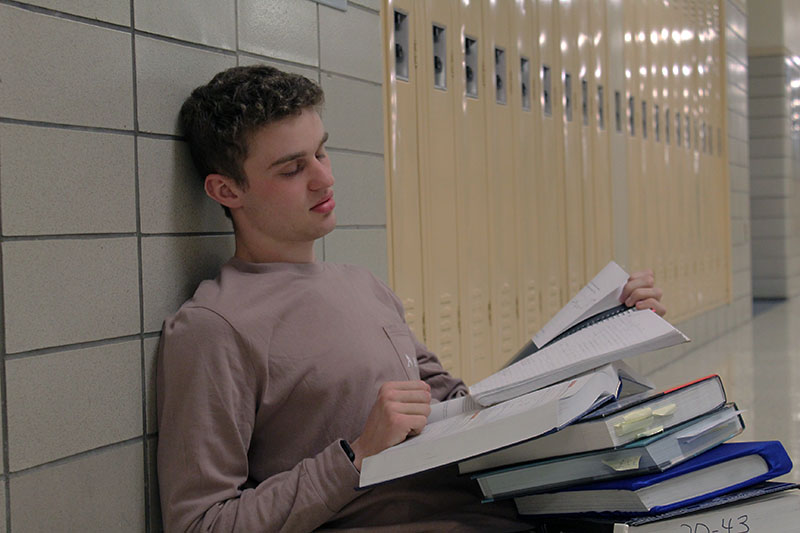 I’ve always wanted to do a study— a different sort of study. I’d take photos of high school students’ faces as they walk into school in the morning. I’d show the pictures to an individual who didn’t know the students. I’d tell them to guess where the person in the picture was going, or what was on their mind. My hypothesis is that the person guessing wouldn’t guess that the photo was of a high schooler on their way to class. Why? Because the face of a high school student in 2019 portrays the burden of far more than tests, grades, and standard hormonal-fueled drama. Students’ spirits are buried under mounds of stress, uncontrollable and unpredictable emotions, and mental illness that keeps them from functioning like a normal teenager should.

But teenagers have always been “moody and stressed”, right? Yes. And they should be— to a certain extent. A few bad days can be swept under the rug, or ticked ass irregularities, or ignored. That is, until you turn on the news or open a newspaper. Suddenly, your eyes are cast upon horrifying headlines like this one from PBS.org.

“Suicide among teens and young adults reaches highest level since 2000”

Still, some are unable to comprehend what the media means when saying “highest levels”. The CDC puts it in perspective. Suicide is the second leading cause of death in Americans ages 15-24, falling just below accidental deaths. More teens have thoughts of harming themselves or ending their life than ever before.

This is what doctors, teachers, and parents everywhere have been asking. Some say social media is to blame, and others even go so far as to say pollution plays a role in these statistics. I found that if I asked around long enough, a theme would begin to appear. This theme being the public school system’s effect on mental health.

Curious, I sent out a survey to the student body. Unfortunately, I only received 157 completed surveys. But the results I did collect were extremely interesting, and quite concerning.

The first question I asked was whether or not the student had ever missed school due to an issue with their emotional, psychological, or behavioral well-being. More than half of the students answered yes, precisely, 56%.

So, we have half of the participating students unable to bring themselves to their place of education. What does that say about public schools? Some students may equate this fact to the stress that being in a public school can bring. There is the stress of being a victim of a school shooting. There is the stress of dealing with unnecessary conflict. Some may be unable to put a finger on exactly what makes them anxious, but they know it is brought about by going to school.

I asked the students if their mental health has ever affected their school work in a negative way. An incredible 78.3% answered yes. If our education is being compromised as a symptom of our mental health, then our mental health should become a concern of the public school system. A quality education cannot be achieved if students are preoccupied with depression, anxiety, or other psychological issues.

Lastly, I asked the students if school has ever added any unnecessary stress to their lives. Of the students I asked, 95.4% said yes. Almost all of the students who returned the survey found that school added negative elements to their lives. Whether these elements were something small like homework or detention, or something larger, I am unsure. But I am sure of one thing. There is an epidemic of depression, anxiety, and suicide hiding right under our nose. It is our choice whether or not we recognize it and do our part to solve it.

Luckily, our school has a SAP program. For those who are unfamiliar with this program, SAP stands for the Student Assistance Program. Teachers and students are able to refer students to this program so counselors can assist students with their mental health. Students can also refer themselves to the SAP program if they are in need. 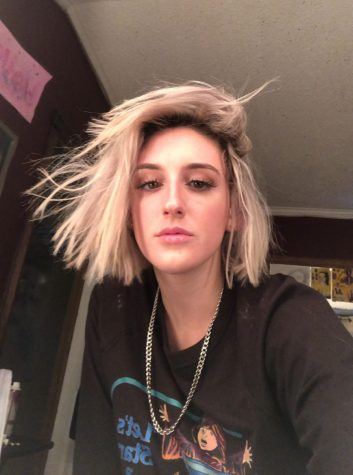 Hi it's Claire. I'm a senior and I am this year's Opinion Editor of The Knight Times. I talk too much and too loud. I enjoy punk music and scary movies....