The Wisdom of a Fool

Contemplation on a 14 year old me 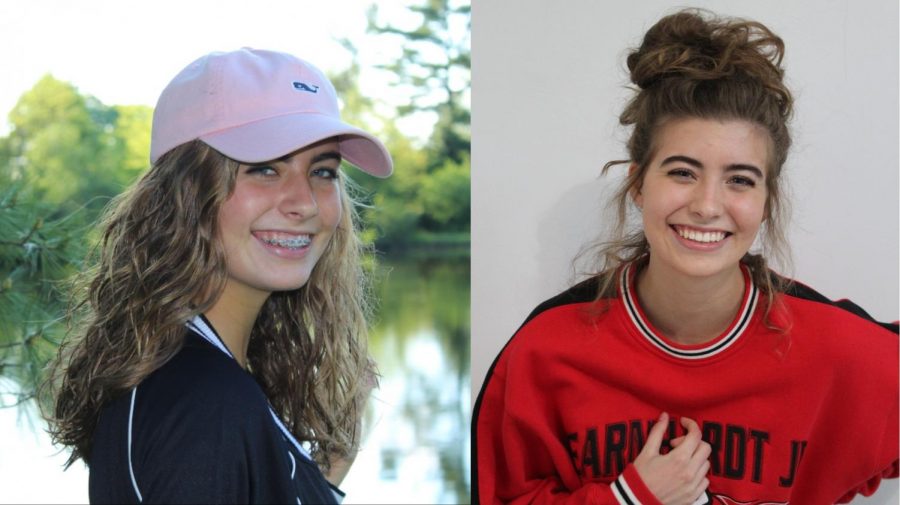 freshman year me vs senior year me

At the way beginning and the tail end of freshman year, I wrote two articles that never saw the light of day. Since I’ve had some time, I thought I’d look back and see how they, and I, have aged.

Here they are.  peach italics is my comments now.

Ok, let’s be real.  High school isn’t that bad.  It’s a -heck- of a lot better than middle school, that’s for sure.  Besides the occasional “freshmeat” catcall from upperclassmen, it’s easy to just blend into the crowd of young adults who aren’t concerned about juking you or dabbing in the hallways.  HA FLASHBACK TO DABBING Yes, young adults.  The maturity level of a high school student is incredibly higher than the kids I’m used to being around in the middle school.  Three cheers for 6th grade, also known as the grade you look back at and cringe big time.  I’m cringing right now as I think about myself in 6th grade… yikes.  Which reminds me of something… storytime! Starbucks has always been pretty popular, but once I hit grade 6, it was the biggest phase ever.  If you ever went to Starbucks with your pals or, heck, your mom, you made sure to post a photo of your cup on social media and make some kind of “white girl” caption.  I had never been to Starbucks, and was feeling quite left out because I also didn’t even have a real pair of ugg boots.  Some friends in my class would constantly tell me how they always went to Starbucks and were considered…gag… “common white girls”.  One time, I counter-argued, “well, I’VE never been to Starbucks, so I guess that makes me AFRICAN.” and went on with my day.  Oh my God Sammy Jo.  Seriously.  I hope I don’t make random comments like that now and don’t even realize I’m doing it.  Oh, and if you were wondering, those girls won’t let me forget that day, and I’m pretty sure I’ll never live it down.

But here I am, 9th grade year a few months later, trying not to be a stereotypical freshman.  It’s not easy.  I’m going to look back at my freshman year, just as I did my middle school years, and make fun of myself.  Ahh, Sammy Jo.  How did you know I would be doing this four years later?!  Because that’s just what we do.  I’m definitely making as many “freshie” jokes as possible to the class below mine next year, which include my sister and brother.  I’ll make sure the freshman don’t get below me in the student section, but I won’t be as harsh as some of the older kids from this year.  At the first football game of the season, I was in the student section along with most of my grade and, obviously, the rest of the party-hardy high school students.  I understand that I’m a freshman; stay at the top of the bleachers, don’t cross any boundaries and get food thrown at you, I get it.  But there were these extremely irritating juniors below me, and the one kept saying to no one in particular, “OH my GOSH, these freshmen are SO annoying.” every. freaking. second.  Excuse me, ma’am, but you aren’t even cheering or contributing to the student section, and every time I look down at you and your “squad”, you’re trying to take snapchat pictures of the cute blonde in front of you, and by the looks of it, he is starting to get annoyed.  So go ahead and keep telling yourself that the freshmen are annoying, because we are aware that is how you feel due to the fact you said it about FIFTY SIX TIMES.  Screw you and your —- class of ‘18.  School has only been in session for three days, so I better get used to the negative aspect of being the newbies.  But I love my classes and I love my teachers, so instead of lingering on the past or the sucky parts of 9th grade, I’m going to continue forward and enjoy it while I can.  As Mr. Trufimuck still can’t spell Trofimuk’s name right.  Or did I just spell it right? someone check me said at the welcoming assembly, high school is supposed to be the best four years of your life.

Ok, hold on a second.  That last sentence?  the best lie I’ve heard all week!

You know how they say time flies?  Well, it really does.

It’s hard to believe four years ago I was sitting in my bed, excited to write about my first few days of freshman year.  Now I’m sitting at home, a senior, reflecting on my younger self and wondering why it felt like 9th grade JUST happened.  It’s been four freaking years.

Now obviously, my final year isn’t exactly going how I imagined it would.  I won’t have that final week of classes with everyone.  I’m not going to have a senior night for track, attend a senior banquet, or take part in a senior prank.  The primary school is empty right now, so no senior walk in our caps and gowns.  No 2020 photo on the football field for yearbook.

Though I may have lost some opportunities to make memories, I still have the 7 months to reflect upon.  Friday night football games, messing around in biomed with my bffs, winning sections for cross country, and joining band again–this year has been absolutely amazing to say the least.

So…how much have I changed? Those were my thoughts 3 days into freshman year.  I’d like to think I matured since then; my writing is similar though.  My sister thinks I’ve improved…maybe I did!

Alright, onto the next one.

“I wanna talk about what I have learned, the hard-won wisdom I have earned” – President George Washington, Hamilton.

What I learned freshman year:

I learned drinking is a huge problem and it’s something that everyone does.  Yes kids, it’s true–my eyes are finally opening to the corrupt nature of high school students. Ah yes, freshman year was when my eyes opened to the mischievous going-ons of high school students.  Young Sammy Jo had no idea that people actually did “bad” stuff, but now…lol.  But now I don’t judge and well…I’ll leave it at that.

I learned that not every race is a good race. (I’m talking about running, please don’t twist my words into some white power statement.)

I learned that people don’t actually notice when you stop trying to look good in school.  No one cares. For some reason I thought I stopped dressing nice for school SOPHOMORE year…must have been earlier than I thought!  Awk.

I learned that teachers don’t all like each other, in fact, there is a lot of inside beef at KHS. This was before the strike…wow, tbt

I learned that I hate math.  Wait.  I already knew that lol Alright sister you were in ALGEBRA 2, calm yourself

I learned that post-musical depression is real.  It is so, so real.  Awww freshman year musical has to be one of my favorite memories of high school.  I met some really good friends that year who are now almost done with college…crazy.

I learned that it’s okay to hang out with people that are actually mature and have more in common with you than anything else, even if they can drive and you can’t.  Flashback to when everyone had to drive me around because I was the youngin.

I learned that it is possible to have two goons face off for the role of President of the United States.  Aaaand one of the goons won, served 4 years, and is preparing for the next election that is coming up soon.  This one sure aged well.

I learned that a lot of people aren’t always what they portray themselves as.  Which is disappointing.

I learned not to expect the worst in myself, and to go big or go home because you never know what may come out of it.  In other words, I learned to believe in myself and my abilities and not to let an age gap stand in my way of what I deserve.  DING DING DING THIS IS A BIG ONE.

I learned that as much as I try, I can’t blow off a homework assignment.  I *gasp* actually care about my grades.  Lol, who’s gonna tell her.  Senior S.J. kinda fell off the wagon when it comes to going to school and participating.  Who woulda thought I’d end the year serving detention? (thank you corona for cancelling my second one).

I learned that boys will be boys will be boys.  We hate every stupid thing they say and do, yet we still chase after them like children chase after an ice cream truck.  Eh.  It’s different now I think for me.  I’ve had my fair share of failed relationships, and I certainly don’t chase boys anymore.  Not gonna lie, I do sometimes miss the Taylor Swift “You Belong With Me” days.

It may have taken only one year of high school to teach me these things, but every one of them is true and I can honestly say my view on life is so much different than it was in middle school.  Three more years of this, so I have a lot more learning to go.  Well the three years have gone.  Mini me was right–I have learned so much in high school since the end of freshman year.  I wish I had something more thoughtful to say, but I guess it doesn’t seem real just yet.  So, on to the next chapter!  I plan on continuing writing.  Who knows, maybe I’ll have another time capsule article I’ll look back on in 4 years. 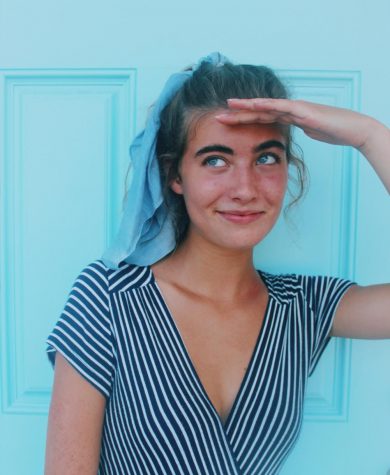