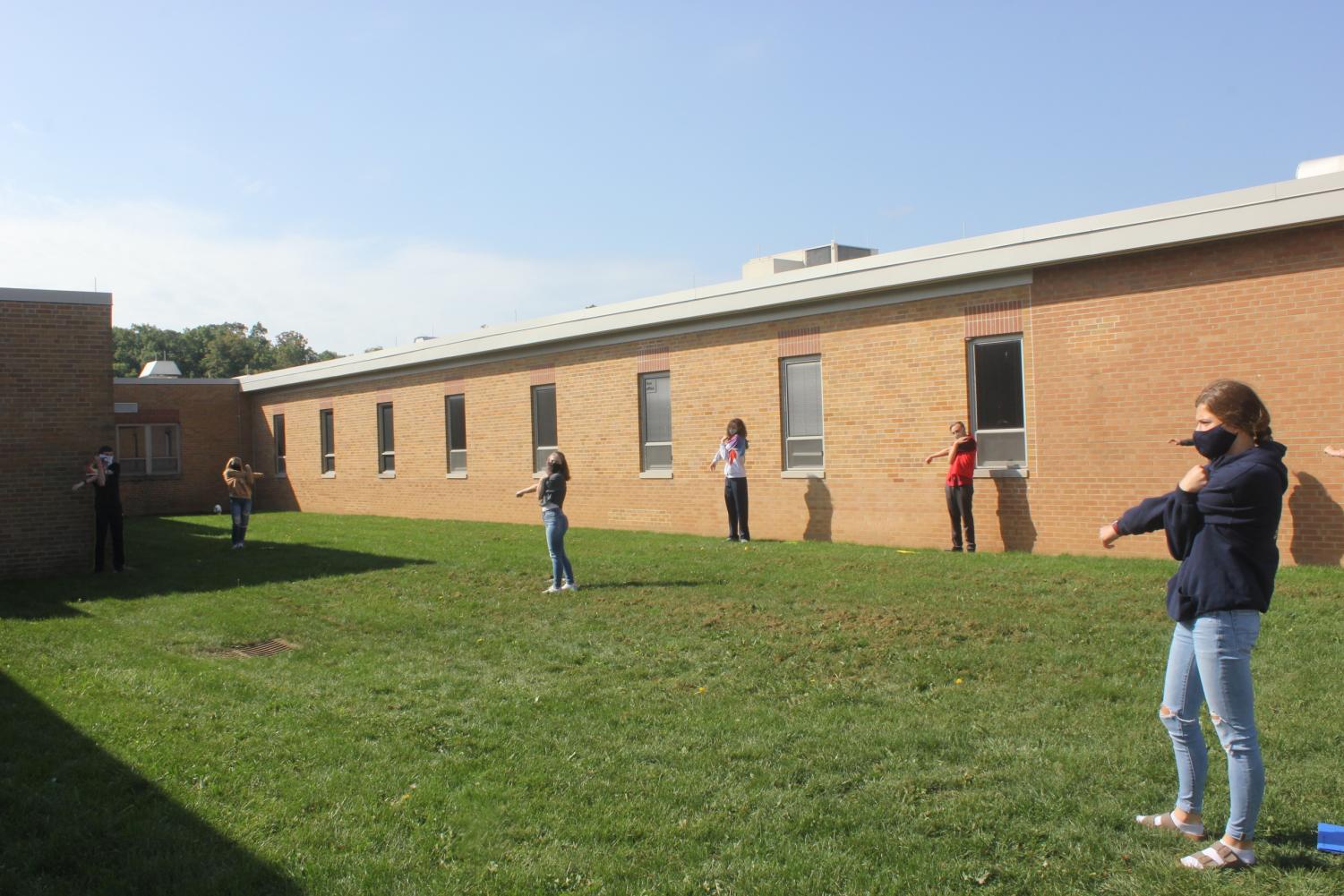 The Year the Music Almost Died

The auditorium is usually empty during the day, but not anymore. The school music classes are now practicing in the auditorium in order to safely socially distance as they play their instruments or sing.

“We are spread out all around the auditorium which makes it harder to hear other sections of the band,” said junior Riley Rohland, a clarinet player in concert band and marching band.

The requirements in normal classrooms are to stay 6 feet apart. For large ensembles, there is not enough room in the classroom for them to safely social distance. For chorus and band, students have to be even further apart.

“Scientific studies performed over the summer have recommended that singers use at least 12 feet of distance, wear tightly fitting masks, and only sing for 30 minutes at a time.  This makes singing in school very difficult,” said Mr. Sypien, the middle school and high school choir director. 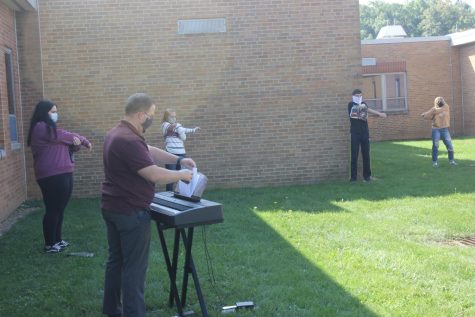 Even when the classes are outside, the same rules still apply.

“Instead of having drills we stay at a stand still,” Rohland said of marching band.

Ensembles are also smaller than usual this year.

“We also have a much smaller group because some people are doing cyber, so some of the sections are not as complete as they were in the past,” said sophomore Megan Edder, a violinist in the orchestra.

No concerts have been scheduled, but it doesn’t seem likely that the ensembles will be able to have a normal concert. Instead, they are looking for alternate opportunities to still give the students a chance to perform.

“I do think that this year will be a lot of fun despite the current problems because we will get to do more music theory and composition instead of preparing for a concert,” said Edder. “We will get more time to focus on what we want to accomplish as an orchestra, which had not really been a consideration before this year.”

District, region, and state orchestra, choir, and band have also either been cancelled or altered to be completely virtual, and there won’t be a performance for the public.

“It is easy to look at everything in a negative light right now but there are also many positives that are coming out of this situation as well,” he said. “Many teachers and students are utilizing technology in more ways than we would have thought possible at this time last year.  Although many of these methods have been implemented out of necessity, they will also be enhancing education at Knoch for years to come.” 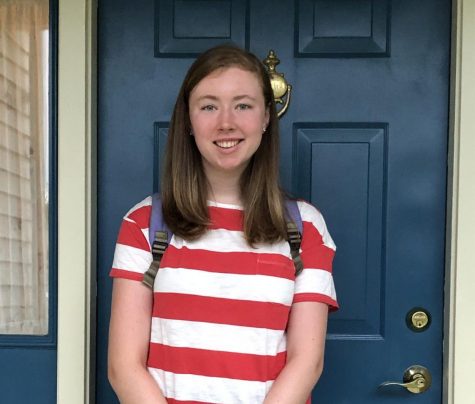 Megan Mitchell, Staff Writer
Hi. My name is Megan Mitchell and I'm a junior at Knoch High School. I dance, and I play tennis and lacrosse. I'm in 4-H and I raise rabbits. I also have a dog. My favorite color is yellow.
1 Comment

One Response to “The Year the Music Almost Died”