On this day, January 5, I have not breathed the outside air for 10,324 minutes. (Before people ask, no, I don’t have corona and no, I don’t need to self isolate; there’s just no reason for me to see the outside world.)

Now that that is done…….

I, like many others, figured out that this quarantine, I’m actually going to reinvent myself……

I cut my hair. It ended a lot shorter than I wanted it to be…

I bought hair dye that I didn’t use because my hair was too short.

I said, “Oh, I’m gonna start doing yoga.” Not sure why I thought yoga was the do end-all.

I’ve also been writing everything that there is in cursive. You may ask why and my answer is I’ve been watching way too many TikTok and romanticizing The Victorian era.

I think I’m starting to lose it……

Well, on that note, I am going to tell you what I tried to do this time around, and then what I ended up doing.

So, this is how most of my ideas start; I say, on a later date, I’m gonna start doing something. Then, that day comes by and something else pops up, and I say, “Oh, I’ll do it the next day”. Then I forget.

And that, my dears, is reason number one why I did not do yoga.

I’ve been stretching and trying to have my arm make a one foot circle my body.  But, I have not done a single yoga lesson of yoga.

But I have been staying in shape.

So you may be wondering then how I’ve been working out. My answer is 2012 just dance Rasputin

For people that don’t know Rasputin is https://en.m.wikipedia.org/wiki/Grigori_Rasputin

But I know him for being the “Ra Ra Rasputin lover of the Russian queen there was a cat that really was gone”.

At this point you may be questioning my sanity for saying how that is keeping me in shape. But if you do the dance in a sweatshirt, you sweat. That dance is a work out and if you do it multiple times a day to annoy family members (cough cough) for your enjoyment, then you know what I’m talking about.

But always remember do not wear a sweater with a Claddagh ring or the ring will dig into your pinky finger on Christmas and bleed all over.

So, let’s continue with all the lovely things that I learned during this part of quarantine. I’ve kind of been doing calligraphy. It’s not really calligraphy. I’m just doing cursive but calligraphy sounds cooler.

I learned how to write my signature better but I’m probably never going to do it because it’s way too much effort.

I have been practicing with templates on how to write capital letters cooler on my iPad . Most of the notes that I write I are in cursive because no one sees them except for me.

I also write love notes to my Nemo stuffed animal on my bed. Just trying to be like a period piece in fancy.

But, I do have a cool folding method on how to write those notes, and I feel like it’s just me wanting to fold them rather than actually writing. I’m cool.

Another random thing that most people my age don’t learn, but I decided to learn because of a TV show, is chess. Well, it really wasn’t because of the TV show but that’s why I tried more than I normally did.

My dad got a chessboard from Target, and we would play twice a week. But I really started to try and get him more after I watched the Queen’s Gambit.

I tried to actually have strategy. It worked a little bit, but I suck at chess.

But, for that moment that I was still in the running to win, it was entertaining.

This round of quarantine has also made me want a picnic. I almost bought a picnic basket but they’re $50.

I feel like that would be so much fun with all your friends having a picnic. Is it practical now? No. Will there be bugs? Yes. Will I complain the whole entire time? Yes. But just for that tiniest bit of time, I feel like it would be a blast. Do I still want to do it? Yes. We’ll see. Who knows? We’ll have to see when the weather gets warmer because I am not having a picnic in 20° weather.

View Comments (1)
About the Contributor 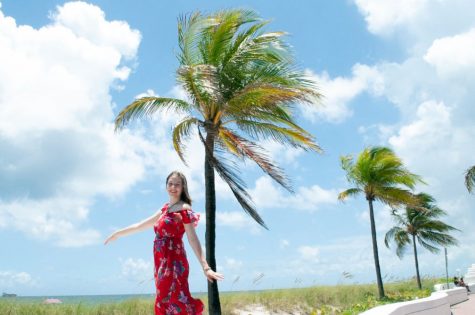 Bryn Krason, Business Manager
HELLO, human beings. I am Bryn Krason a senior at this school. I like to sleep and read. I also learn random things that most people don't care to know.