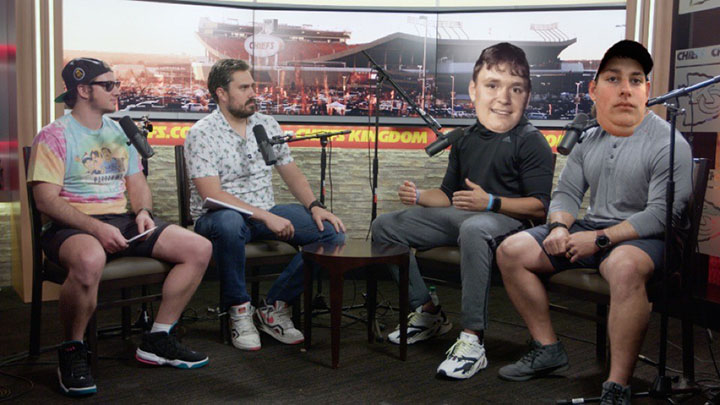 From the Back Room to the Big City

Media powerhouse Barstool Sports has made one of their biggest splashes yet. It was announced on Friday in an Emergency Press conference by Dave “El Pres” Portnoy that Barstool and the hit Paper Boys Sports Podcast had come to an agreement and that the Paper Boys would be “joining the ship.” Portnoy later went on to say, “These guys are electric, and a lot of the bums that currently work here need to watch their backs.”

It is still unknown the full details of what The Paper Boys will be doing on the content side. We do know according to the official press release, the podcast will go on to “whip Big Cat and PFT into shape and actually do something for once.” It has been a well known fact that the Paper Boys and PMT guys have had a rivalry for a while now. A boxing match between Mock and Big Cat is currently being discussed and negotiated for the Pittsburgh Rough and Rowdy pay-per-view. The prospect of a Schlagel versus PFT match has drawn some fan interest, however, Portnoy stated that “We only wanna see the guys over 5’10’’ fight.”

Mock and Schlagel will be making the move to NYC within the month. “We would love to start Barstool Pittsburgh, but it would mean that Dustin and I would have some shred of responsibility. Not the best choice a company could make,” said Mock. They are currently looking for apartments in NYC with not much success. Mock tweeted, “Yo Dave, if you ain’t using your summer house on Nantucket, Dustin and I could put it to good use. We can handle the weather. Every Yinzer can handle any weather.” Portnoy responded later with, “As long as you don’t have too much fun, I will consider it. I trust Mock more than Dustin, so Mock is in charge of Barstool Nantucket.”

Portnoy also stated that the Paper Boys will be integrated into other shows. Dustin will be in a trial period on the This League Podcast with Trysta Krick. Mock is rumored to occasionally be on the Fore Play Podcast when they need an extra guy to talk golf. Portnoy later sent a tweet out on the topic saying, “We may have to put Mock on Call Her Daddy and see him squirm out of that one.” Mock responded to that tweet with, “I have morals and respect for the opposite gender. Definitely not compatible with the message of Call Her Daddy.”

Dustin has been a focus of paparazzi in NYC after his high profile rendezvous with star Zendaya, at some swanky restaurants in New York. Schlagel was asked to comment on the situation and responded with, “A real gentleman doesn’t kiss and tell.”

Everyone is interested to see how the Paper Boys will integrate into the culture at Barstool, and if they will survive and thrive or be kicked to the curb like many before.