Thompsons and Hoffmans and Andressai’s – Oh My!

The start of the school year is nerve wracking for just about everyone. Students need to figure out where their classes are, if they can remember how to get into their locker, and what their teachers are going to be like. Luckily, students have a pretty good idea about most of their teachers, whether it’s because they’ve heard things about them from their fellow students and/or siblings, or they’ve had them as a teacher in a previous class before. However, when that teacher is new to the school, students are out of luck. With all the teachers that have retired this past year, it is highly likely you may encounter one of Knoch’s new teachers. So, to benefit both the students and the staff, here is a little bit about the newbies. 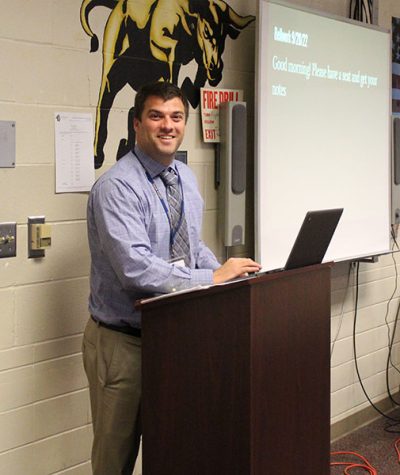 Yes, I know this name sounds familiar, but don’t be fooled; this is not the Girl’s Basketball coach (although you may still see him roaming the halls as a substitute teacher). This is his son, who has followed in his father’s footsteps and filled his old position. Since his past dream of being a radio broadcaster did not come true, even though he practiced by giving play-by-play commentary during his Madden games, he settled for being an educator. According to his students, he is still vivacious which makes his class interesting and keeps the students intrigued.

In high school, Andreassi played football and basketball for Butler and continued playing football at Westminster College. Andreassi has been coming to Knoch with his dad since he was a kid, even though he went to Butler, and now he gets to start his career as an economics and ninth grade history teacher in this familiar environment.

“Everyone here at Knoch has welcomed me and has made me feel right at home,” said Mr. Andreassi. “Knoch has always been an important part of my life, and now I am honored to be a part of the school.”

Another familiar name, however, this time Mr. Hoffman is not related to the other Hoffman’s at Knoch. Even though he hasn’t been around as long 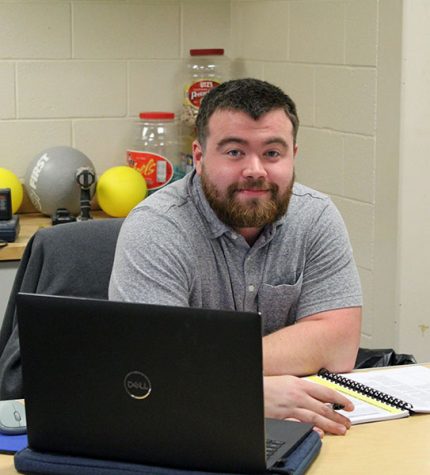 as the other Hoffman’s, he already loves the community here.

“The students at Knoch are the most pleasant young adults I have the opportunity to teach,” said Hoffman. “Everyone is respectful and fun. They really make it a joy to come into the school.”

Mr. Hoffman is the new tech ed teacher and wants students to know one thing about him; he is only really serious during class. He thinks that the celebrity he resembles the most in terms of personality is Chris Pratt because he likes to be goofy and have a good time whenever and wherever. The goofy personality continues to show with the animal he would want to be, a penguin. Hoffman chose to be a penguin because “they slide on their bellies and just waddle around. Seems relaxing.”

Being busy and active is a big part of Hoffman’s life, as he has enjoyed playing hockey, disc golf, and hiking. One way to recognize him in school is to look for a guy holding a dodgeball.  Watch out because he is known to pass it to students in the halls. 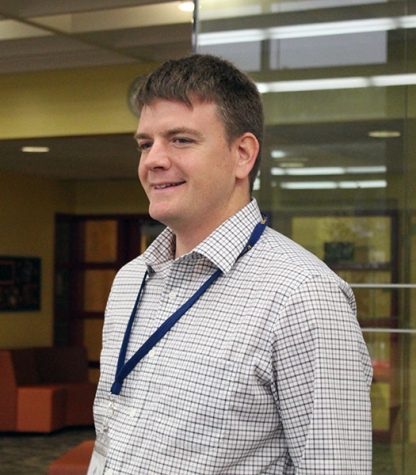 Past students have said Mr. Reilly looks like Michael Hall(Dexter); however, Reilly blanks for a celebrity look-a-like himself. However,

something he didn’t draw a blank on was his future career. He even had a backup plan apart from teaching which would have been nursing because of the high demand for nurses and the freedom to choose from being in a rural, suburban, or urban area. In high school, Reilly was involved in activities such as Track and Cross Country. Many may relate to the animal Reilly would choose to be, which is any kind of bird. He thinks being a bird just looks fun, and who wouldn’t want to be able to fly? You may also find that you share one of the same favorite foods, bacon. Bacon is the food of choice Reilly would want if he were only able to eat one food for the rest of his life. Reilly is happy to be teaching math here because, “Knoch has a friendly student body and staff.” Mr. Reilly said, “Everything has been good so far.”

Mrs. McCloskey has a super bubbly and upbeat personality that might remind you of a certain character from the movie Elf. Yes, I’m referring to Buddy the Elf, who she says is the “celebrity” that most matches her personality. McCloskey said she relates to the line specific line where Buddy says, “I just like to smile. Smiling is my favorite!” The animal McCloskey chose that she believes resembles herself could also resemble Buddy. She would be a golden retriever because she tries to embody the loving and joyful spirit of one, and I believe that once you start talking to her, you will see the loving and joyful spirit she wants to share. Her personality is perfect for teaching special education, the job she has wanted since kindergarten. You can tell that Mrs. McCloskey wants you to succeed and be your best self. The school district has its arms open to Mrs. McCloskey, as she has had hers open for all of us to make her feel welcome.

McCloskey said, “There is a small hometown feel to the district, and it is an honor to become a part of it!” 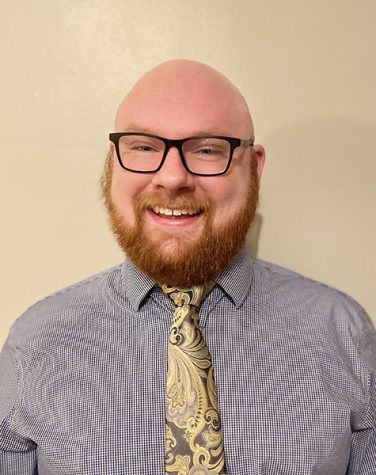 Mr. Thompson (no relation to the beautiful and incredibly talented Kelley Thompson) is another addition to the Knoch staff that has actually gone to high school here. Back when he was in high school, Thompson was heavily involved in the music and art programs. He participated in every Fall Play, Spring Musical, the marching band as a drum major, and even went to state choir during his senior year. He continued to sing and act in college, so it shouldn’t be a big shocker that he would be doing something in the theater arts if he didn’t choose to become a history teacher. Some students may dislike history, but Mr. Thompson’s personality makes the class more interesting for the students.

“History might not be my subject but Mr. Thompson makes it bearable,” said junior Bella Oskin.

With how busy he keeps himself, it might catch you off guard to think that if he were to be an animal, he would choose to be a cat because “napping for 12-18 hours a day would be relaxing!” Although I can see how he might like that since he keeps a busy lifestyle, Thompson described Knoch as a “close-knit school with a lot of hardworking students and teachers, just as it was when I attended here during my high school years.” If you have any good jokes, or are in need of one, stop by room 047 because Mr. Thompson loves to laugh.

Hopefully you learned something about your new teachers and feel like you can relate to them more now that you see there is more to them than just being your teacher. I would also like to give a special shout out to Ms. Hulings and Mr. Springer. Ms. Hulings was a long term sub last year and Mr. Springer was moved to the High School after teaching in the Middle School. As Mr. Andreassi said, “Go, Knights!” 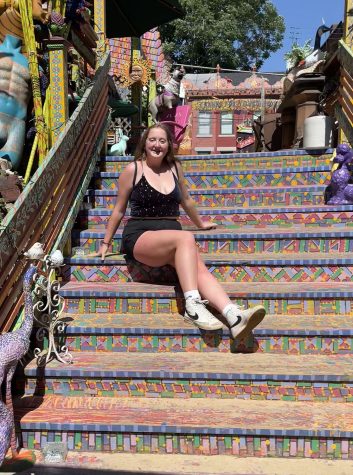 Jessica McCalip, Co-Editor-in-Chief
Hello! I'm Jessica McCalip a senior here at Knoch. I am in class cabinet and the president of German club. I have been playing soccer for 14 years and have been skiing for even longer. I have a strong hatred for the sound of plastic or Styrofoam rubbing together and Nicolas cage. I am also not a fan of Willow Danehy and could totally win a fight against her since she is so tiny. :)