More Than a “Bad” Feeling 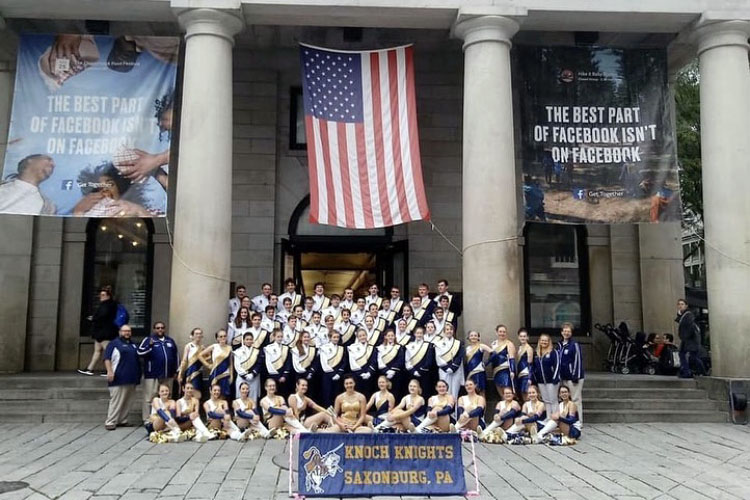 The marching band poses for a picture following their performance at Faneuil Hall.

We’ve all traveled before, whether it be somewhere near or far, with friends or family, enjoyable or not so much. This October the marching band traveled to Boston, Massachusetts. It was an eventful trip to say the least.

To set the scene, it was a Friday night after a football game when we left; well, Saturday morning I should say. Everyone arrived back at the school at 11 P.M. following the game. The plan was to meet in the auditorium, load the buses at 11:30, and depart at midnight. Little did we know what a night we were in for.

Around midnight everyone began questioning why we hadn’t left yet. Then we got the news. The auxiliary bus had leaked coolant all over the parking lot and wasn’t running. Great, right? We were informed we would have to wait at least two hours to get another bus. So off we went to the band room to wait. Many of us slept on the floor, others ate snacks and played card games. Finally around 3 A.M. the new bus came. We all boarded and departed at last. Then ten minutes later the bus breaks down again on Frazier Road.

“The bus company was absolutely great! I love being stuck at the school for  2 hours because our bus broke down! And..being stuck in the middle of the road because the second bus broke down,” said senior Kendall Vettori, “Although it wasn’t the ideal situation, I think the auxiliaries became closer from being together so much.”

Eventually everything was fixed and we were on our way. We ended up about five hours late. Thankfully, the trip improved from there.

Many band members went and shared some of their favorite memories.

“My favorite memory would probably be when the other three majorettes and I that also went were just hanging out, making inside jokes and just really us living our best lives,” said senior Alyssa Ripper.

“The funniest thing that happened on the trip was when we went to see Jekyll and Hyde the one night. It was a really good and entertaining show, but we were all certainly were not expecting the scene “Bring on the Men” to came on,” said Vettori. “Mihkayla Perkins was sitting behind me and out of nowhere, I hear

MY CHRISTIAN BRAIN IS DYING! ”

She definitely did not say that quietly as the entire row turned around and started laughing.”

The trip was definitely one to remember.

“My favorite thing we did on the Boston Trip was going on the dinner cruise and dancing all night with my best friends while playing ROCK PAPER SCISSORS SHOOT with Tessa {Gallagher},” said Vettori.

“I loved getting to hang out will all my friends and to walk around and shop, just enjoying the city,” said junior Erin Brandt.

Despite some setbacks at the beginning, everyone had a great time on the trip.

“The band trips are so fun to be on, and you get to hang out with so many of the people you love,” said Brandt.

It was a really amazing time and it was worth all the struggles of getting there.

“It was a lot of fun!! We did a lot of cool things that I probably won’t have the opportunity to in a long time,” said Ripper. “We may have had a couple roadblocks along the way, but we made the best out of the situations and by the end it was definitely worth it because Boston is filled with so much culture and history that you can’t find in most places in the U.S.” 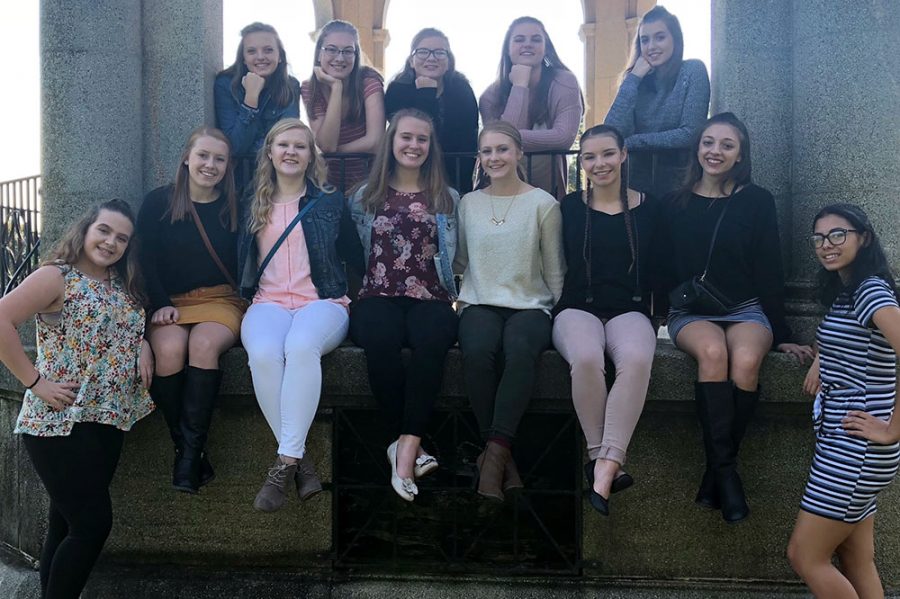 Gallery|3 Photos
The Knochettes pose for a picture in Boston.
About the Writer 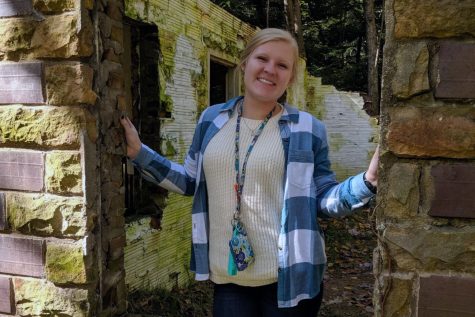 Hey, my name is Grace Poeppel. I'm 18 and a senior this year. I love coffee, photography, and country music. I've been a dancer since I was 3 years old....